Spread the love River Falls, WI — While most parents of school children in the United States will take comfort… 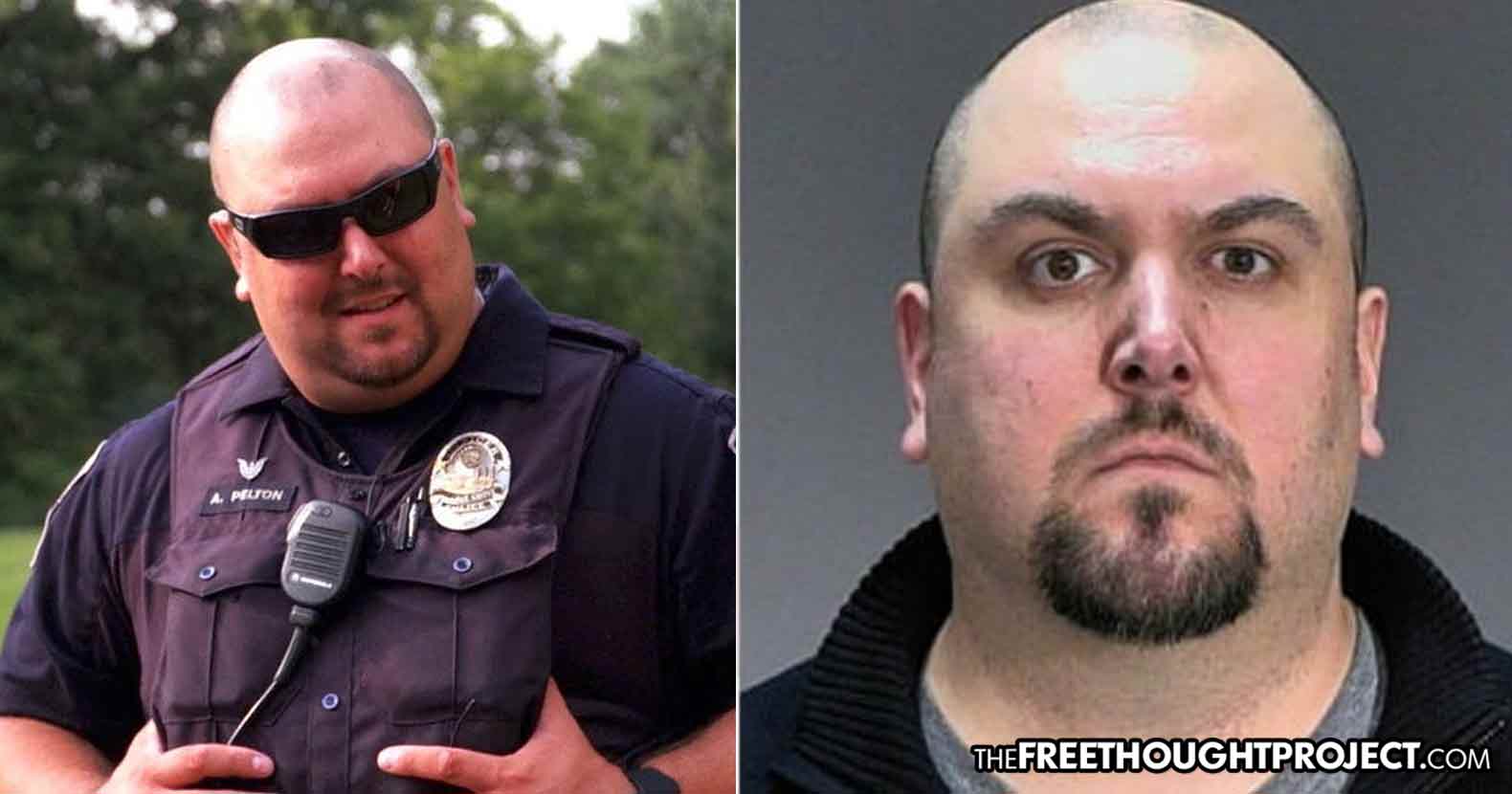 River Falls, WI — While most parents of school children in the United States will take comfort in knowing a police officer is at their child’s school, all too often, school cops are caught committing the vilest of offenses. Videos surface almost monthly of cops beating and abusing students for no reason, which is bad enough. But when they aren’t beating students, school cops are often times caught sexually abusing them. Case in point: a school resource officer in Wisconsin was arrested this week on multiple charges for sexually assaulting at least 7 students.

Cottage Grove police officer Adam Pelton, 40, was charged Monday with three counts of second-degree criminal sexual conduct and four counts of fourth-degree sexual conduct, all felonies. Perkins is accused of groping seven female children and attempting to solicit nude photos from one of them on multiple occasions.

According to authorities, the assaults took place from Sept. 1, 2018, until Oct. 4, 2019. No more occurred after October because Pelton was put on paid leave in the wake of the investigation into his string of sexual assaults.

According to the criminal complaint, as reported by the Star Tribune:

Reports by several students of “inappropriate sexual contact” initiated by Pelton prompted authorities to ask the Apple Valley Police Department to investigate. Students alleged that Pelton repeatedly initiated hugs from them during which he would touch their buttocks over their clothing.

Most of these interactions occurred in Pelton’s private school office, which lacked video surveillance. However, video was located that showed Pelton initiating hugs with female students in the halls.

Several students also reported that Pelton would often call or refer to them as “beautiful” and “sweetheart.” One of them disclosed that he told her that if he were her age, he would date her. She also said Pelton sent her Snapchat messages over summer break. In one of the messages, he made lunch plans with her.

Pelton’s victims ranged in age from 13-17. Because he was in a position of authority, the girls were scared to report Pelton, with some of them thinking they couldn’t report him.

“We aren’t going to say anything, I mean, he’s a police officer,” read the complaint.

To be clear, this touching wasn’t sporadic. It was frequent and sexual in nature. These girls reported Pelton’s sexual assaults would happen “four to five days a week” over several months.

Another student reported that Pelton repeatedly asked her to send nude photos of herself, but she never sent them. Pelton reportedly admitted to requesting the nude photos from one of the children at school but claimed the repeated requests were “a joke.”

Pelton has been in law enforcement since 2009. However, he was only at Park High School from 2018 to 2019, during which sex assaults were reported the entire time. Before this post, Pelton was at Cottage Grove Middle School starting in January 2017—meaning there could be victims there as well.

As TFTP has previously reported, schools across the country are increasingly hiring police officers to do the job that teachers and guidance counselors once did. This is resulting in the criminalization of childhood as well as increased police violence against children.

While the data shows that students have declining access to a kind and caring role model to guide them through their high school careers, the number of students who have access to a police officer is growing.

A whopping 1.6 million (k – 12th grade) students attended a school that employs a law enforcement officer — but has no counselor.

According to the CRDC report, which counted cops in schools for the very first time in 2014, 24 percent of elementary schools and 42 percent of high schools have armed police officers. In schools with higher concentrations of minorities that number skyrockets.

It seems that schools in America are starting to more closely resemble prisons than learning facilities. Think about it — children are locked in behind steel doors all day long as armed agents of the state patrol the grounds. A few minutes out of the day, the students are given a little yard time — and again, they are kept under the watch of armed state agents.

Video after video shows the horrific nature of such a practice as children are seen being maced, beaten, and tasered for normal childhood behaviors. And as Pelton’s case illustrates, they are being sexually assaulted too.