Scotland Yard has called an emergency meeting as London is gripped by an “exceptionally high level” of crime. It comes…

Scotland Yard has called an emergency meeting as London is gripped by an “exceptionally high level” of crime. It comes as an ex-senior officer says “police have lost control of the streets.”

Community and youth workers have been invited to the Metropolitan Police headquarters, Scotland Yard, as London’s murder investigations rose to 55 this year alone. Two people were killed just this week in the east London borough of Hackney, while another six were taken to hospital on Thursday after being injured in knife attacks.

Among those attending the meeting will be Labour MP for Tottenham David Lammy, who recently spoke out to say police are “vanishing” from the streets of the capital, and Nicola Calica-Myall, an activist against knife crime whose son survived after being stabbed 37 times at the age of 17. 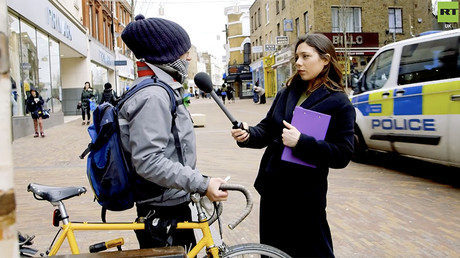 “It’s important to know that our fears as a community are being recognized and things are in place,” Calica-Myall said, according to the Guardian. “It’s everybody’s problem and more Londoners need to recognize this situation may not go away any time soon.”

It comes as the former head of diversity and policing in Tottenham, Victor Olisa, warned that police are losing control of public spaces and hit out at senior officials for their “deafening silence.”

“Communities are saying we don’t see the police around anymore,” he said. “It appears to people I have spoken to as though the police have lost control of public spaces and the streets,” the Guardian reports. “The silence from senior officers in the Met is deafening. They should say we need more information from the public, this is what we are doing, this is what the results are.”

Metropolitan Police Commissioner Cressida Dick has tried to take control of the spate of violence by pledging to adopt ‘Al Capone’ tactics to deter potential criminals and take violent offenders off the streets “for any crime.” She added a further 120 officers will be deployed to tackle organized crime, apparently in addition to the 80-member Operation Sceptre anti-knife unit launched last May.

However, Olisa said that wider cuts were making police officers’ jobs harder.“You don’t have as many officers available to patrol or spend time in public spaces as you did five years ago. There is less time to build conversation lines so you can get information back.”