As Britain commemorates Armistice Day, the country’s first-ever statue honoring its World War I Sikh soldiers has been vandalized in… 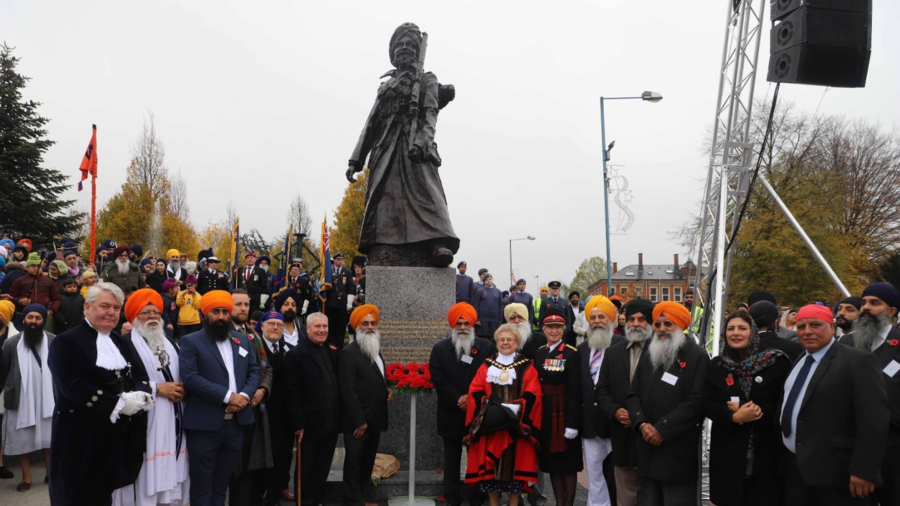 As Britain commemorates Armistice Day, the country’s first-ever statue honoring its World War I Sikh soldiers has been vandalized in a racially motivated attack.

Ahead of the centenary of the end of the war, the Lions of the Great War bronze statue, depicting an Indian soldier in Sikh traditional dress, was unveiled in the UK town of Smethwick, Staffordshire on November 4.

Commissioned by the Guru Nanak Gurdwara Smethwick Sikh temple, the 10-foot statue was targeted by vandals less than a week after it was unveiled and days before the nation prepared to mark the 100th anniversary of the 1918 Armistice.

According to local reports, the phrase ‘sepoys no more’ – a reference to Indian soldiers in the army – was spray painted on the bronze sculpture. A black line was also put through the words “Great War” during the defacement.

Disgusted to learn about the vandalism of the Sikh soldier’s statue installed in Birmingham, UK. What the Sikhs contributed to the UK & the ‘Great War’ effort is way bigger than this statue.

WE WILL REMEMBER THEM!
Bole So Nihal – Sat Sri Akal ! #WeWereThereToo#LestWeForgetpic.twitter.com/o5IlCHpJoK

West Midlands Police are now hunting the perpetrators of the graffiti, which is thought to have unfolded in the early hours of November 9.

READ MORE: World leaders arrive in Paris to commemorate centenary of the end of WWI (VIDEO)

Officer Bill Gill reassured residents that a special remembrance event had been held in front of the statue in the wake of the incident. He added that officers are assessing CCTV to identify those responsible for the “racially aggravated criminal damage.”

“We understand that this attack has caused a lot of concern in the community, and we are working to understand the reasons behind it and identify whoever is responsible,” he said.