Visual journalism, in its many forms, is a vital part of news: It can provide evidence that allows us to hold…

Visual journalism, in its many forms, is a vital part of news: It can provide evidence that allows us to hold people and institutions accountable, and it can help us build empathy for the plight of others. This year, The Intercept sent photographers and video journalists into the field to bring viewers to places they might not otherwise see, and to move them with human stories — from the release of Palestinian activist Ahed Tamimi to the reunification of families separated at the U.S.-Mexico border. Our illustrations and data visualizations helped elucidate complex issues, from the scope of sexual abuse in U.S. Immigration and Customs Enforcement detention to the National Security Agency’s hidden network of spy hubs around the country. 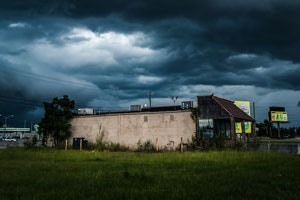 A brutal murder rocked a small Southern town. Cops quickly closed the case. Then came another murder. And another. Did putting the wrong man in jail let a real killer go free? Welcome to Murderville.
By Liliana Segura, Jordan Smith