The sole purpose of the extension of anti-Russian sanctions by the European Union is justifying the violation of Minsk Accords by the Kiev regime, the head of the Russian Upper House Committee for International Relations has said.

“Alas, the latest decision of the EU is not about Russia, it is about Ukraine,” TASS quoted Senator Konstantin Kosachev as saying on Friday. He added that the EU’s move is de facto approval for the ongoing violations of the Minsk Accords by Ukrainian leaders or at least gives them no motivation to stick to those agreements. 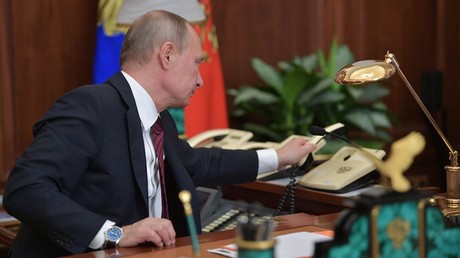 “There is no doubt that if those who support the lifting of the sanctions had at least some arguments and excuses to reconsider the current policies while keeping face, the decision would be different,” the Russian senator said.

The comment came shortly after news agencies reported that the European Union leaders voted to extend the anti-Russian sanctions, such as restrictions on participation in Russian financial and energy projects, for another six months. The decision came at the bloc’s summit that is currently under way in Brussels and is expected to be confirmed in the next few.

The EU’s anti-Russian sanctions were initially introduced in 2014 as a punishment for Moscow’s foreign policy, in particular the alleged involvement in the Ukraine crisis and the reunification with the Crimean Republic.

Russia quickly replied by imposing an embargo on agricultural produce, food and raw materials on countries that imposed sanctions on Russia. Since then both sides have repeatedly broadened and extended the restrictive measures.