Exclusive TMZ.com 8:10 PM PT — O’Leary tells TMZ, “Late Saturday night I was a passenger in a boat that… 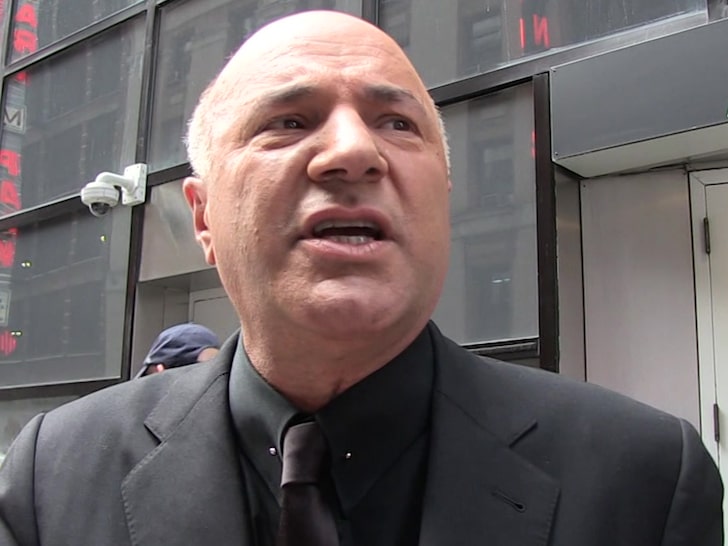 8:10 PM PT — O’Leary tells TMZ, “Late Saturday night I was a passenger in a boat that had a tragic collision with another craft that had no navigation lights on and then fled the scene of the accident. I am fully cooperating with authorities.”

He goes on … “Out of respect for the families who have lost loved ones and to fully support the ongoing investigation, I feel it is inappropriate to make further comments at this time. My thoughts are with all the families affected.”

A rep for O’Leary tells TMZ Kevin’s wife was driving the boat at the time of the crash, and she was administered a DUI test that night and passed. He also says a third person was in Kevin’s boat and was injured — she went to the hospital, received stitches and left.

Kevin O’Leary‘s boat was involved in a crash in Ontario, Canada that left one man dead, and a woman critically injured … TMZ has learned.

The accident happened on Lake Joseph late Saturday, around 11:30 PM when a smaller boat — owned by O’Leary — rammed into a larger boat … going directly over its bow and striking a male passenger in the head, killing him instantly.

A source connected to the owner of the larger boat tells TMZ … they told police after impact there was enough light to ID the people on O’Leary’s boat — and the owner said it was O’Leary and his wife. We cannot confirm it was Kevin and his wife.

However, we’ve spoken to Kevin about the accident and he said he was following police protocol and would not comment. As for what the protocol is … we’re told cops will not release any names involved in the accident unless criminal charges are filed.

We’re told O’Leary’s boat immediately left the scene of the accident — but it was towed to the marina on Monday by a salvage boat with police onboard … who’ve seized it for forensic testing.

Multiple sources tell us a critical element of this investigation is whether the larger boat had its lights on … so people on O’Leary’s boat could see it at the time of impact. 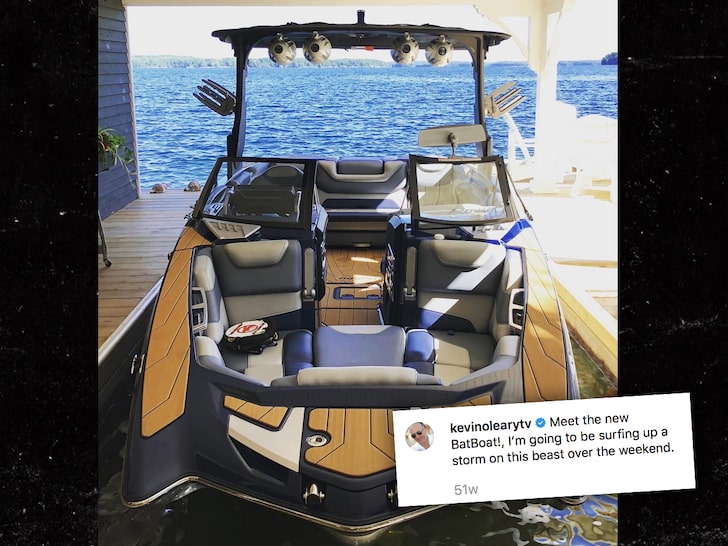 Kevin appears to have at least 2 boats on the lake. While it’s unclear which was in the the wreck, a witness described it as a wakeboarding boat. Kevin’s posted a pic of his “BatBoat” and bragged about using it for “surfing” on the lake.

Our source says there were a total of 8 people on the larger craft. The fatality is reportedly a 64-year-old man from Florida … while the injured woman is a 48-year-old Canadian citizen. She is reportedly on a ventilator with significant brain damage. 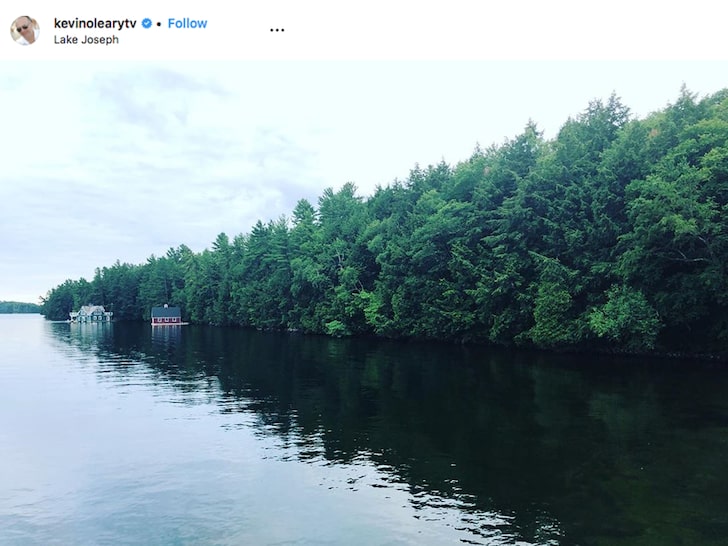 Kevin and his wife have a lake house in the area, and they’ve posted several photos from the home, and on the lake.

He wrote of the property on Instagram, “I call this the “Wedge” it’s a natural phenomenon of nature located where our lake house home is situated! Just beautiful!” 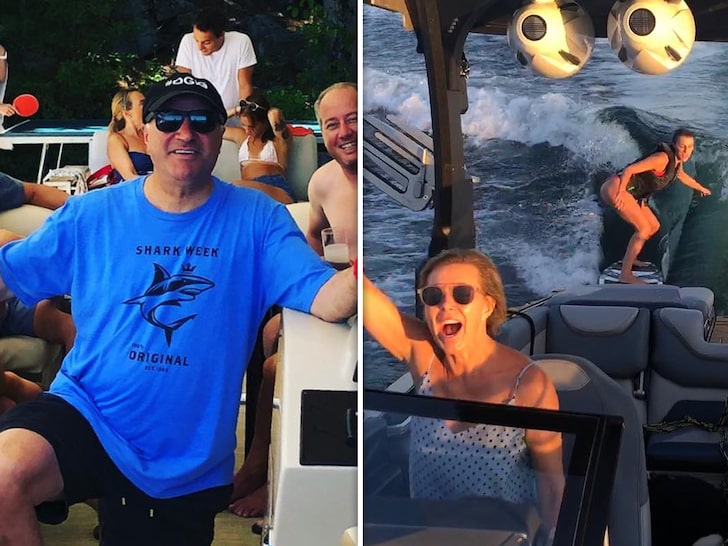