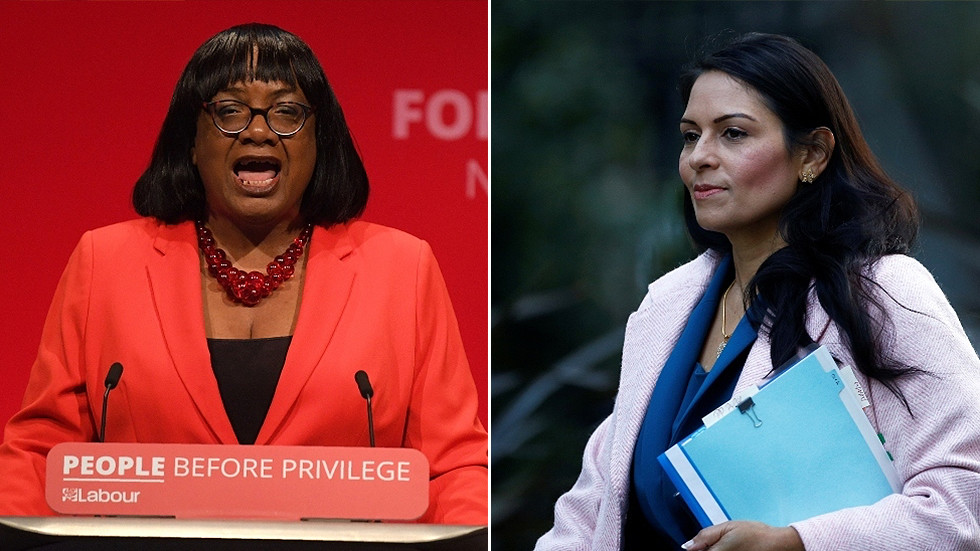 The Labour Party has called on UK Home Secretary Priti Patel to step down from her role and an independent inquiry to be launched, following bullying allegations leveled against her.

In an interview on BBC Radio 4’s Today program, Labour’s Shadow Home Secretary Diane Abbott insisted Patel should quit her post while a “genuinely independent inquiry” into her conduct as a government minister takes place.

Also on rt.com ‘Priti demanding’ boss? Top UK Home Office official quits vowing to sue govt for ‘bullying him out of the job’

It comes following the recent resignation of the Home Office’s top civil servant and Patel’s permanent secretary Sir Philip Rutnam. It also emerged on Monday that a former aide of the under fire minister received a £25,000 payout after allegedly being bullied in 2015 by Patel, the then-junior employment minister.

Abbott said that in light of these recent revelations it would be right that Patel take herself out of the limelight while an investigation takes place.

This is a major department, this is a serious allegation. You cannot have a minister who is in breach of the ministerial code and she should step down now.

Other high profile Labour politicians have also weighed in. Tottenham MP David Lammy claimed on Twitter that the latest bullying allegations against Patel suggested that her “misconduct” is “not a one-off,” adding: “If they are true, she must be sacked.”

More reports suggest that allegations about Priti Patel’s misconduct are not a one-off. If they are true, she must be sacked. This is no way to run one of the UK’s most important government departments.https://t.co/8dcjwrDcUo

Some appeared skeptical that PM Boris Johnson would actually fire Patel, with playwright Bonnie Greer joking that he’ll “probably kick her upstairs [the House of Lords] and make her Baroness Patel of Prattle.”

While others online highlighted the fact that this was not the first time Patel has become embroiled in controversy. In November 2017 the then-international development secretary resigned following “unauthorised” meetings with Israeli politicians.

On Saturday Rutnam told reporters that he was hit with “completely false” allegations of briefing the media against his boss. The ex-official noted that Patel denied her involvement in these attacks but said that he does not believe her.

He told the BBC he will sue the government for constructive dismissal, alleging that he was effectively forced out of office. The abrupt resignation came after a series of reports about Patel “bullying” subordinates out of jobs and creating an “atmosphere of fear” inside the department.