The coronavirus pandemic has devastated the service sector, made millions unemployed, and forced many of us who still do have… 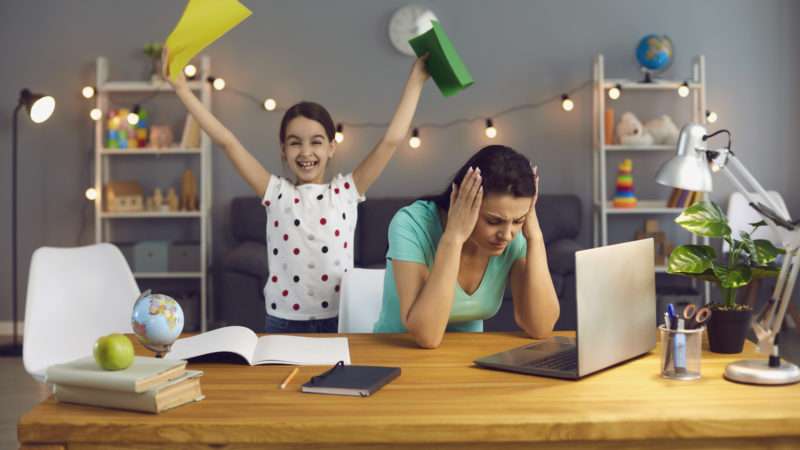 The coronavirus pandemic has devastated the service sector, made millions unemployed, and forced many of us who still do have jobs to work remotely. Fortunately, we now have a perfect solution to all this economic dislocation and disruption: a new tax on working from home!

This week, the German financial giant Deutsche Bank released a new report full of proposals for how governments and corporations should respond to the pandemic. Included in the report is a call for a 5 percent tax on the incomes of people who work from home in places where the government is not advising or forcing people to do so.

“For years we have needed a tax on remote workers—COVID has just made it obvious,” writes Deutsche Bank’s Luke Templeton. “Remote workers are contributing less to the infrastructure of the economy whilst still receiving its benefits.”

Those who have the privilege of telecommuting are reaping rewards hand over fist in the form of less money spent on transportation, restaurant meals, and dry cleaning, argues Templeton.

Who loses in that scenario? Service workers that once catered to downtown desk jockeys, and who now are suffering depressed wages or even unemployment as those office workers spend money closer to home. To right this wrong, Deutsche Bank is proposing a 5 percent tax on remote workers’ salaries. This tax would be paid by the employer if it requires people to work from home, and it would be paid by the employee if he or she voluntarily opts into the arrangement.

A 5 percent tax on remote workers’ income, which would net about $ 10 a day per worker on average, according to Deutsche Bank, would make sure no one benefits too much from using their home as an office. The revenue from the tax, estimated to be about $ 48 billion in the U.S., could provide each of the 29 million workers unable to work from home and making less than $ 30,000 a year with a $ 1,600 wage subsidy.

“A tax at this level means that neither companies or individuals will be worse off” when factoring in the savings of remote work arrangements, writes Templeton. “In fact, companies may be far better off as the savings from downsizing their office will more than make up for the cost of the [work from home] tax they will incur.”

This last argument is just disingenuous. Workers and companies are made worse off by a new 5 percent tax on their income regardless of whether it only partially, or fully, wipes out the cost savings of telecommuting. Saving money is a good thing that policymakers should encourage rather than punish through taxation. This is why economists generally criticize taxes on the efficiency gains of new products and business practices.

Indeed, a tax on working from home would inherently be a tax on many of the silver linings of remote work. For instance, more work from home arrangements means fewer commuters on the roads, leading to less traffic congestion. If people continue to have public health concerns about public transit as offices reopen, remote work might help forestall the nightmare levels of congestion that would come from everyone driving to work.

One could take Templeton’s argument for taxing the savings of telecommuters and apply it to almost any choice that sees workers and their employers spend less money in the business ecosystem around their offices. Should we tax workers who bring lunch from home because they aren’t spending that money at a restaurant near their office? If a company implements a casual dress policy to attract talent, does it owe money to the local dry cleaning company for lost business?

The idea of a remote work tax also seems to assume that savings netted by telecommuters will just accumulate under the mattress. Odds are some of that work-from-home windfall is being spent on other products and services, like delivery meals and more online shopping. That will open up other job opportunities for service workers displaced by falling demand at the café or dry cleaner downtown.

Some workers have been made worse off by the shift to remote work, and that pain will likely continue in the event that not all companies return their full workforces to downtown areas and office parks. Yet, even if one thinks it’s necessary to provide government assistance to workers whose customers have disappeared, we already have general taxes that could be used to fund wage supplements or welfare benefits, and wouldn’t require essentially penalizing people who were more able to make the best of a bad situation.

Message To Governor: Open Texas Up! With Judge Mark Keough

Did Lying About Coronavirus Cover-Up The Fed’s Economic Destruction?

Yes, Election Fraud is Real. And its a Longstanding Tradition on Both Sides of the Aisle

School Cop Arrested After Getting Caught Filming Up Child’s Skirt