Budget cuts at the Internal Revenue Service (IRS) have stretched the agency’s resources thin, limiting the audits it’s able to… 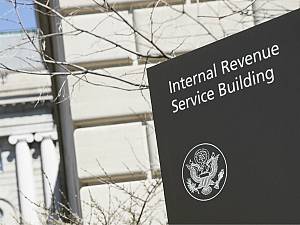 Budget cuts at the Internal Revenue Service (IRS) have stretched the agency’s resources thin, limiting the audits it’s able to perform, and costing the government billions of dollars every year, according to a new investigation from ProPublica that should make any libertarian smile.

On Tuesday, the investigative journalism outlet, in partnership with The Atlantic, released a deep dive into the troubles at the IRS, finding that the taxman has seen his budget shrink by some $ 2 billion since 2010, with the number of auditors falling by about a third, and the rate of audits declining by 42 percent.

“The result is a bureaucracy on life support and tens of billions in lost government revenue,” reads the story, which estimates that the U.S. Treasury is losing out on about $ 18 billion a year thanks to scaled back enforcement.

If you believe that paying taxes is a moral obligation, and anything less than 100 percent compliance is unacceptable, the story is likely to be shocking. If you don’t, it’s hard to get worked up about much of anything in the article.

One big reason why is that ProPublica fails to identify what, if any, effect a scaled back IRS actually has had on wider government operations.

For starters, the amount of money estimated to slip through Uncle Sam’s fingers each year is sizable, but still a relatively small sum when compared to the total amount of government spending. That $ 18 billion (roughly NASA’s annual budget) amounts to about 0.5 percent of the $ 3.3 trillion in taxes that the government collected this year, and about 2 percent of fiscal year 2018’s $ 779 billion budget deficit.

One might complain that wealthy tax cheats are benefitting at the expense of the beneficiaries of government programs starved of funds. But the fact is that the absence of that $ 18 billion has not resulted in cuts to federal spending.

Indeed, in the years since the IRS has been “gutted,” federal spending has gone nowhere but up. Fiscal year 2018 saw the federal government appropriate $ 4.1 trillion, a 3 percent hike from the previous year. That spending hike included an annual defense spending increase of $ 83 billion, and another $ 60 billion in increased non-defense discretionary spending.

To be sure, more money lost to tax evasion mixed with rising spending does mean the federal government will take on more debt each year, but the costs of more federal debt must be balanced against tax evasion’s positive benefits.

After all, whatever money is lost due to tax evasion doesn’t just disappear. Instead, it stays with the businesses and workers who found new and innovative ways of underpaying their taxes. Each dollar they don’t send to the government can be saved, invested, or spent on goods and services in the private sector, not on bombs, border guards, and light rail.

Economist Pierre Lemieux has even argued that tax dodgers actually provide a service to their fellow citizens by reducing the take from a tax increase which in turn disincentivizes the government from trying to raise taxes beyond a certain point.

ProPublica‘s story also largely ignores or downplays numerous IRS scandals that should make anyone leery of giving the agency more money or power.

High-profile scandals like the IRS’s targeting of conservative non-profits or its lavish conference spending are brushed off as mostly public relations slip-ups for whom the real victim was the agency itself. Not getting any mention is the IRS’s more numerous, less well-known abuses of citizens and their property.

The ProPublica article, for instance, includes a sympathetic portrait of former IRS employee Pam Reicks, who for many years worked auditing businesses out of the agency’s Des Moines, Iowam office before ultimately leaving due to frustration with the budget cuts. Not mentioned is Reicks’ colleague at the IRS’s Davenport, Iowa, office, Christopher Adkins, who in 2013 seized $ 33,000 straight out of the bank account of Carole Hinders—an Iowa restaurant owner—he suspected only of structuring (that’s when a person makes deposits under $ 10,000 with the alleged intent of avoiding tax reporting requirements).

Hinders’ is one of many cases where the IRS used civil asset forfeiture to go after business owners and individuals who stood accused of no crime other than structuring. (The IRS mericfully ended this practice in 2015.)

By ignoring these kinds of stories, ProPublica essentially whitewashes the IRS, depicting it as an agency of principled civil servants, not as an outfit whose mixed record includes some serious property rights abuses.

In short, if one believes that there is a moral obligation to pay taxes, then tax cheats getting away with their crimes is serious business. If one thinks that there’re efficiency gains from more money staying in the hands of the people who earned it, or that coercive taxation is itself morally problematic, then we should cheer tax evaders and welcome the IRS’s reduced capacity to go after them.