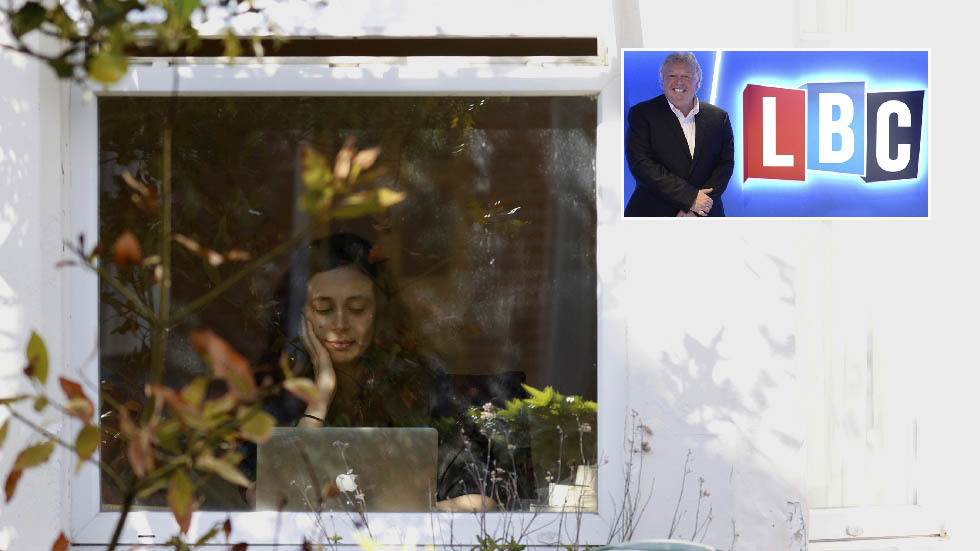 LBC radio presenter Nick Ferrari has incurred the wrath of the British public after accusing employees who continue to “work from home” during the Covid-19 crisis of slacking, telling them to go back to their offices.

During a fiery diatribe on Tuesday, Ferrari hit out at global companies like Google which have revealed that – in light of the ongoing coronavirus pandemic – they will be allowing their staff to work from home for the rest of 2020, and possibly into next year.

The 61-year-old British radio host fumed: “For the love of God, we are broke. £300 billion broke and now companies are saying ‘Don’t come back this year?'” He insisted that people needed to go back to their places of work, suggesting that they would be far more productive there and help the UK with its economic recovery – before laying into British employees.

What do you think is going to get this country going again? You sitting in your jim-jams [pajamas] not doing anything all day long?

Nick Ferrari had this message for companies who are keeping their employees working from home all year: “This country is broke and we have to get it moving again. That’s not going to happen with you in your jim-jams, not doing anything all day.”@NickFerrariLBC | #WFHpic.twitter.com/PsiurW3Iqu

During his angry broadside, Ferrari maintained that work offices exist so people “can do some damned work,” adding that he’d “had enough of Zoom calls.” He claimed that if he were a boss at a UK-based firm, he’d give his employees “until Thursday” and if they weren’t back by then, they’d be “fired.”

Ferrari’s assumption that British people working from home were lying around being lazy prompted an angry backlash online. Many of those riled by his comments insisted that it was possible to work just as well from home with similar if not better productivity levels.

Doing nothing in your Jim jams all day? My partner has been working from home all this time and she works very hard thanks very much. Her employer is more than happy with her productivity. Calling people lazy isn’t the best way to go really is it?

Obviously, some jobs can’t be done from home, but some can.When I was an employee & worked from home, I worked longer with more intensity and never once did my very demanding bosses ever suggest they weren’t completely happy with my output.And yes, frequently in my pyjamas.

One outraged commenter tweeted: “To say people working from home are not doing anything all day is an insult! Just a ridiculous comment.” Another commenter accused Ferrari of demonstrating a “ridiculous old fashioned attitude.”

Others appeared to find his “jim-jams” remarks rather comical, with one person asking why he would ever “care” what someone wears behind closed doors at home to carry out their work.

An indignant Ferrari asserted that companies that allowed their employees to continue to work from home indefinitely needed a “reality check,” and claimed that “tumbleweed” was “blowing through the City of London right now.”

Since British PM Boris Johnson ordered strict lockdown measures on March 23, many employees who were able to have worked from home and continue to do so despite a relaxation of those measures in recent weeks. Earlier this month, Johnson encouraged Britons to return to work “if they can now,” saying that it was “very important that people should try to lead their lives more normally.”