A £1 million golden toilet has been stolen from the birthplace of Winston Churchill. The dirty crime involved thieves ripping… 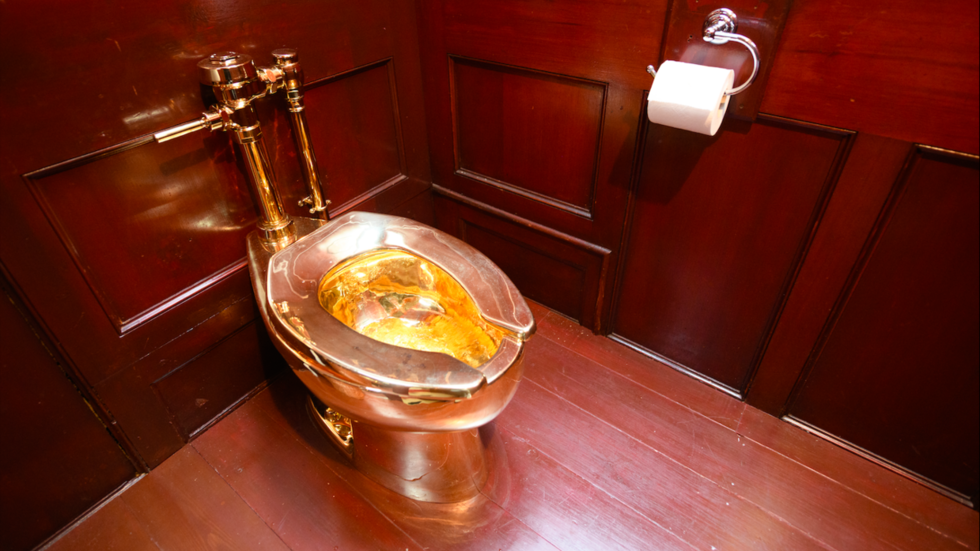 A £1 million golden toilet has been stolen from the birthplace of Winston Churchill. The dirty crime involved thieves ripping the 18-carat gold commode from its plumbing, causing flooding at the Oxfordshire palace.

Thames Valley Police arrested a 66-year-old man in connection with the theft after they received a report of a burglary at Blenheim Palace early Saturday morning.

Thieves broke into the historical site and stole a “high value toilet made out of gold that was on display at the palace,” Detective Inspector Jess Milne said.

“Due to the toilet being plumbed in to the building, this has caused significant damage and flooding.”

The golden toilet was named ‘America’ and was part of a contemporary art exhibition at the palace. Created by Italian artist Maurizio Cattelan, it was plumbed into a wooden chamber opposite the room where former UK prime minister Churchill was born, and visitors were able to queue up to use it.

The toilet has not been recovered, and police have issued an appeal for anyone who may have information to come forward.