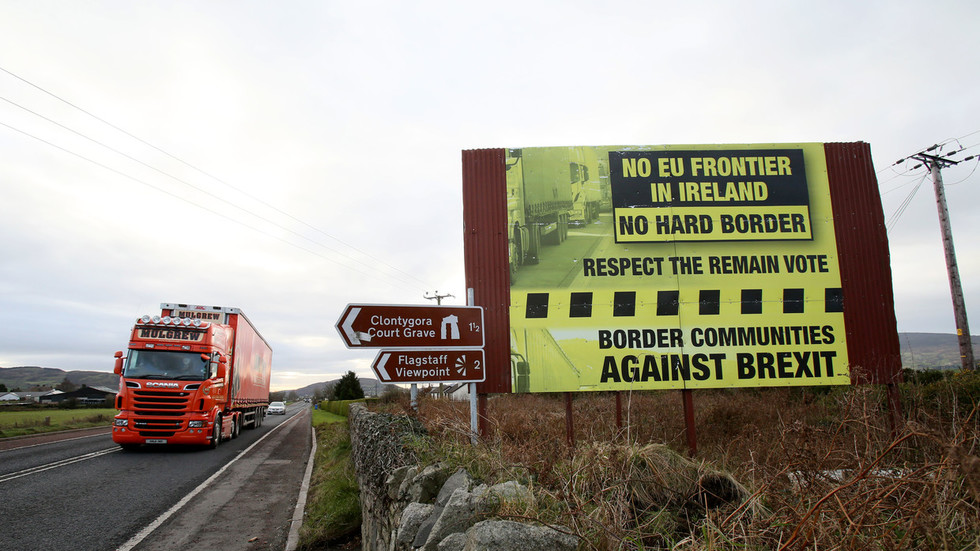 The UK has revealed they will unilaterally apply no tariffs and introduce no new checks or controls on goods at the Irish border in the event of no-deal Brexit, with critics warning such a system could be exploited by smugglers.

The British government published their plans on Tuesday, ahead of a critical vote in parliament, where MPs will decide whether to rule out a ‘no-deal’ Brexit. They insist that such measures will be temporary and claim it is the only way to prevent a hard border on the island of Ireland – something Dublin has been trying to ensure with the EU’s backing.

Also on rt.com No-deal Brexit is ‘survivable’ but EU is ‘irresponsible’ in not reopening talks – UK trade secretary

Some believe a hard border would derail the processes set in motion by the Good Friday Agreement.

Goods will move tariff free between the Republic and Northern Ireland, but the British government will slap on tariffs for goods travelling to the rest of the UK. British and Irish officials have warned that such a scenario could lead to smugglers using Northern Ireland as a backdoor to get goods into Britain tariff free.

Products that would see up to 60-80% spike in tariffs include beef, lamb, pork and poultry as well as some dairy products, which the UK government says is needed in order to protect UK farmers and producers from cheap imports.

Alan Sked from the London School of Economics, told RT that he predicts there could be a “small amount” of smuggling, but that fundamentally it would depend on what the Irish did as an EU member, as Brussels wants controls on goods at the border.

David Sterling, the head of the Northern Ireland Civil Service, warned in December of an upsurge in smuggling. He argued that businesses may not comply with new legal obligations in a no-deal scenario “leading to the likelihood of a step change in the scale and significance of smuggling and organised crime.”

The Irish government’s no-deal contingency document, published last month, refrained from stating what might happen at the border in a no-deal scenario.