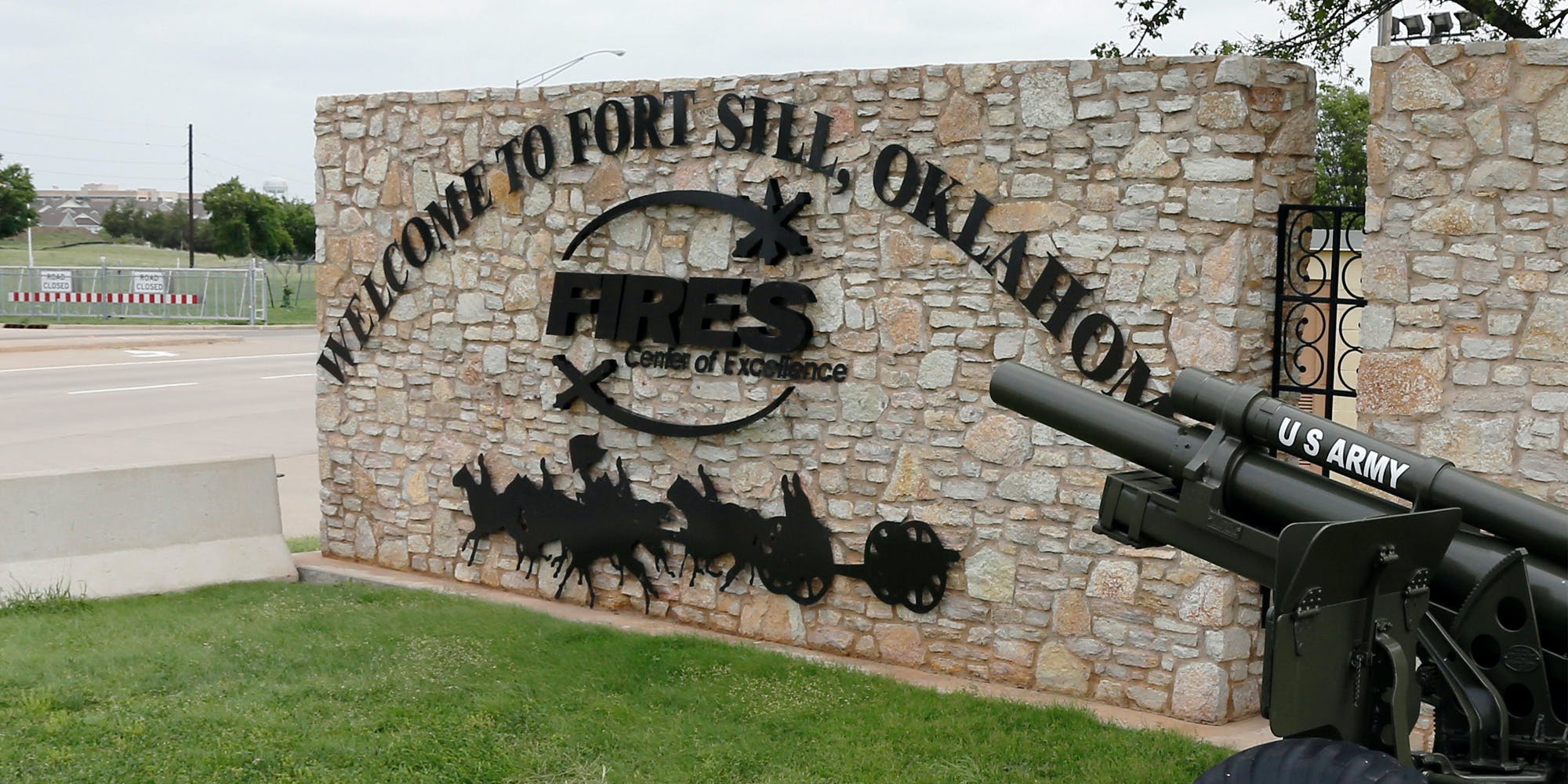 The Army is investigating a possible series of sexual assaults of a female soldier at the Army training base in Fort Sill, Oklahoma, a commander at the base told press yesterday. The investigation, according to a military official with direct knowledge, is scrutinizing allegations of multiple assaults against the soldier by 22 service members. Video of one incident under investigation involving several drill sergeants was circulating at the base and was obtained by Army investigators, the official said.

The soldier, who was a trainee at the time of the alleged assaults, formally reported them on March 27. The alleged incidents at times involved groups of assailants, the military official said, and the woman’s report identified seven of the 22 members she said assaulted her. He spoke on condition of anonymity to discuss sensitive personnel matters.

“I heard the term ‘sex ring’ thrown around, which is not one you love to hear,” the official said, reflecting concerns that the assaults may have been coordinated.

The unit implicated in the assault is the 1-78 Field Artillery Battalion. The Defense Department is removing multiple unit drill sergeants as a result of the investigation, which is being conducted by the Army Criminal Investigation Command. Stars and Stripes reported that “multiple” personnel at Fort Sill were suspended this week following a sexual assault report filed by a soldier in training, but did not specify the exact number. According to Maj. Gen. Ken Kamper, at Fort Sill, the service members under scrutiny were part of a cadre that trains incoming troops.

Do you have any tips about the sexual misconduct at Fort Sill you want to share? Text Ken Klippenstein via Signal at 202-510-1268.

The Defense Department did not immediately respond to a request for comment.

Reports of sexual assault in the military have gone up dramatically in recent years, rising 38 percent from 2016 to 2018 and by 10 percent between 2018 and 2019. More than 20,000 service members reported being sexually assaulted in 2018, according to Defense Department figures.

Last year, 20-year-old Army Specialist Vanessa Guillén was murdered at Fort Hood, Texas, by another service member after Guillén told family and friends that she had been sexually harassed by superiors. An Army investigation, released in December, found a culture “permissive of sexual harassment and sexual assault” at the base — and that female troops were “vulnerable and preyed upon, but fearful to report and be ostracized and re-victimized.” In December, The Intercept reported that Fort Hood soldiers were unsurprised by the report and skeptical that there would be any significant changes. These soldiers described a “toxic leadership” culture at Fort Hood.

“It’s been bad historically but brass is already calling this Fort Hood 2.0,” the official said on Thursday evening. “It was a dark day at work today.”

Senate Report Shows What Mueller Missed About Trump and Russia