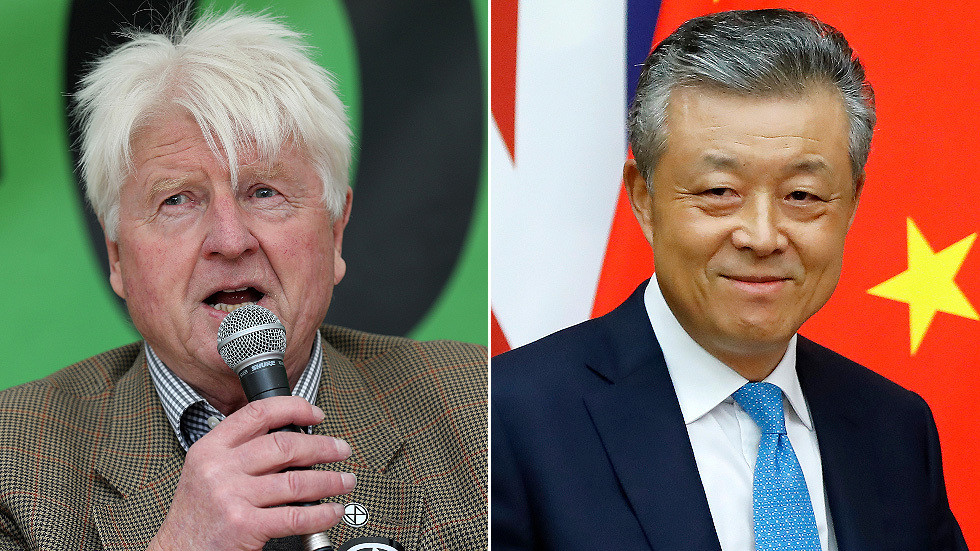 PM Boris Johnson’s father – Stanley – may have inadvertently risked souring the UK’s international relations after accidentally revealing in an email China’s unhappiness at his son’s lack of support over the coronavirus outbreak.

Johnson senior, 79, an environmental campaigner, met the Chinese ambassador to the UK  – Liu Xiaoming – on Tuesday to discuss the issue of climate summits due to take place later this year in China and London.

It transpires that during the meeting, the ambassador conveyed China’s frustrations at PM Johnson not making contact with the “Chinese head of state or government in terms of a personal message or telephone call” on the issue of the coronavirus outbreak.

Thank you Mr. Stanley Johnson for expressing your sympathy and support to the Chinese people who are fighting the novel coronavirus. With the support of British friends, we have the confidence and capability to beat the virus! pic.twitter.com/lMz7nOAmoj

The details of which were only made public after the PM’s father accidentally copied in the BBC into a personal email to the environment minister Lord Goldsmith and other UK officials.

Lord Goldsmith replied using his personal email address, saying: “Thank you so much Stanley. That is extremely useful.”

The embarrassing incident was played down by Downing Street who insisted Stanley Johnson “was not acting… in an official or unofficial capacity” when he conveyed the concerns to a UK government minister.

Also on rt.com ‘No effective therapeutics’: WHO downplays reports of ‘breakthrough’ in battle against coronavirus

In a speech in London on Thursday, the Chinese ambassador hit out at the “overreaction” by some countries to the coronavirus outbreak and the “insulting and discriminatory behavior” that has targeted the Chinese community. He also called “excessive” the UK government’s advice to British citizens to leave China. The ambassador revealed that the mortality rate for the virus in China was 2.3 percent.