The mastermind behind Donald Trump’s bid for presidency, Steve Bannon, is to speak at Oxford University. Left wing groups have… 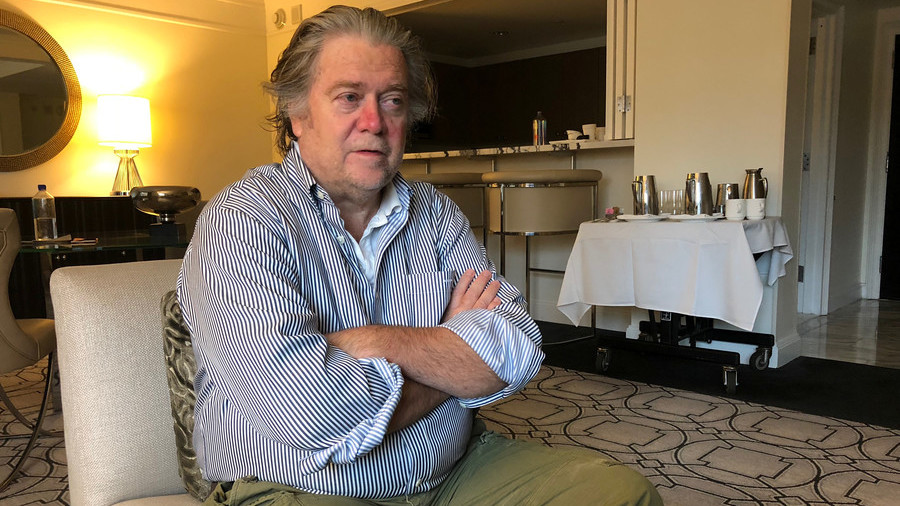 The mastermind behind Donald Trump’s bid for presidency, Steve Bannon, is to speak at Oxford University. Left wing groups have begun to organize protests, following the announcement of the far-right strategist’s talk.

Bannon is to speak at the Oxford Union on Friday, November 16. Prominent figures on the left slammed the prestigious union for hosting the “fascist” Bannon.

Utterly disgraceful and sadly unsurprising that the Oxford Union is hosting the fascist Steve Bannon on Friday.

Steve Bannon is a white nationalist who told the French National Front to "let them call you racist…wear it as a badge of honour." He is whipping up hate & division. This might be a game to those running the Oxford Union, but this invite only serves to further Bannon's cause. https://t.co/OVT8R1OxxV

So @OxfordUnion have now gone and invited Steve Bannon?! This comes just weeks after Alice Weidel of the far-right AfD was due to speak. Why are these students so determined to give platforms to the far right?

His planned appearance follows the cancellation of a talk by Alice Weidel, the leader of Alternative for Germany (AfD), at the union, which was stopped after planned protests led to security concerns.

Student group, Revolutionary Socialism for the 21st Century Oxford (RS21 Oxford), announced on Facebook that they plan to protest Bannon’s appearance, posting: “The Union have invited Steve Bannon. Like the cowards they are, they’ve only given two days notice. We need to mobilise faster than we ever have before!”

Since being ousted from the White House a year ago following violence at the Charlottesville ‘Unite the Right’ rally, Bannon returned to heading Breitbart News. Several months later and after a war of words with his former allies in the Trump administration, Bannon stepped down from the role.

READ MORE: ‘I regret BBC has put me in this position’ – Scottish leader boycotts event over Steve Bannon

He has since embarked upon ‘The Movement,’ a foundation for right-wing nationalist parties ahead of the 2019 European Parliamentary Elections.