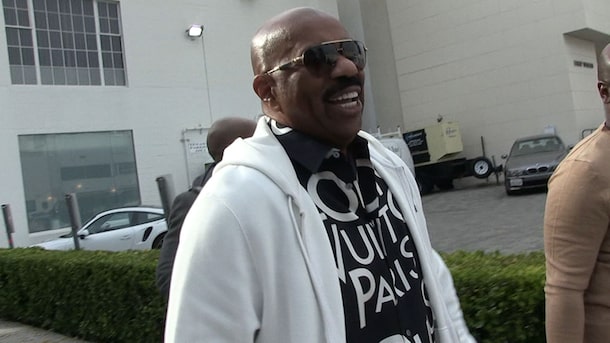 Steve Harvey is calling BS on Mark Curry‘s claim he’s stolen jokes from him — and he’s issuing a challenge to the guy … gimme specifics or STFU.

The legendary comedian/host was chilling Wednesday in Bev Hills — on Rodeo Drive, naturally — and told us there’s simply no truth to Curry’s ranting about the past few weeks. He claims on at least 2 occasions, Steve jacked his jokes.

We can’t even say Steve laughed off the allegation, because he’s pissed off at this point — telling us he’s never stolen a joke in his life, and Mark needs to grow up. He’s also demanding Curry step up with some deets about the lifted material. 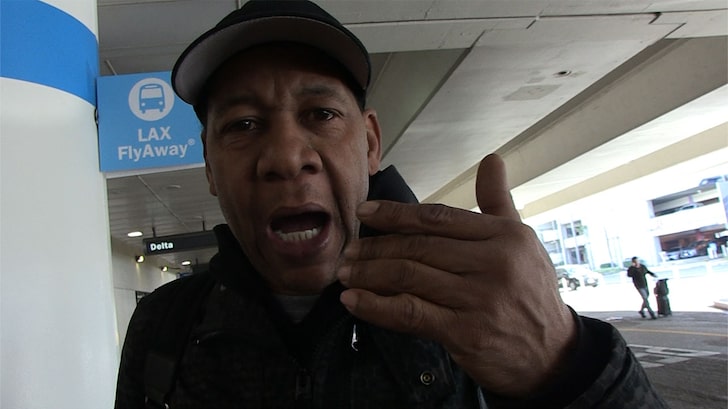 Remember, we talked to Mark ourselves recently, and he didn’t pinpoint what material Steve allegedly stole. He only said the supposed theft went down on one of Steve’s TV shows. Beyond that, it’s a mystery … and Steve’s sick of hearing about it.

In fact, it’s gone on long enough now that Steve doesn’t sound like he even wants to bury the hatchet.

As for Curry’s pitch to get his own comedy special, Steve told us that’s cool … and then flexed on him. Savage.