Updating the press on the case, Dean Haydon, Deputy Assistant Commissioner and counter terrorism coordinator, said: “With such a sensitive and complex investigation, I am sure the public will appreciate that there are still a number of lines of inquiry being progressed that we cannot discuss at this stage.

“What I am able to say is that the team working on the investigation remain completely committed to finding out what happened and continue to follow every possible lead. 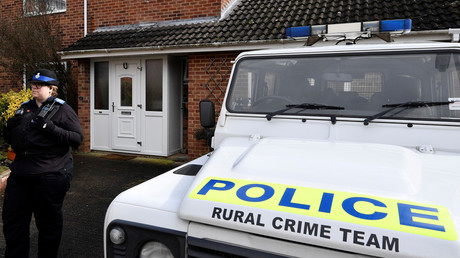 “Our enquiries are focused around the people and vehicles that were in the vicinity of the Skripal’s address and leading up to where they fell ill in The Maltings. We would ask anyone who may have information, or who may have seen or heard something – however small – to contact police.”

Britain has alleged that Russia is responsible for the attack as they were solely responsible for Novichok’s production and storage. Since London’s allegations German journalists have uncovered that their country’s BND spy agency secured a sample of the Novichok, before sending it off for analyses in Sweden. The sample was then allegedly sent to other Western countries so they could develop countermeasures.

It comes as the full extent of the investigation was laid bare on Tuesday, with Haydon stating detectives have identified 2,500 people and 14,000 cars present in Salisbury on the day the attack was perpetuated.

The spokesperson added around 100 officers remain in the city as they look through evidence and investigate different theories on the poisoning. Up to 176 searches have been carried out and 900 witnesses spoken to.

It comes just after it emerged on Monday that the Skripal investigation has so far cost £7.5 million, according to the region’s Police and Crime Commissioner.

Sergei Skripal and his daughter Yulia have both now been released from hospital following the attack on March 4.