Those liberal-minded Scandinavians are at it again, and this time it’s the Swedes, who have unveiled some rather impersonal toilet… 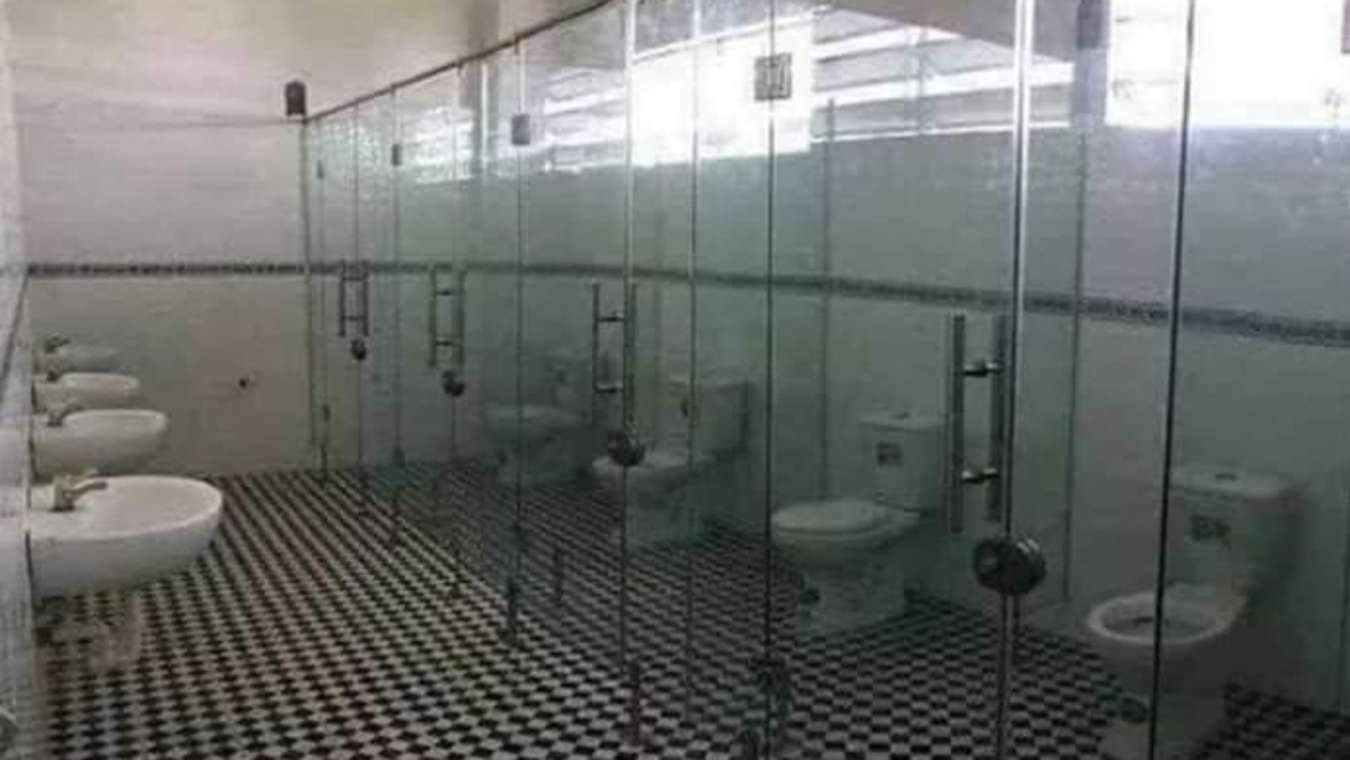 Those liberal-minded Scandinavians are at it again, and this time it’s the Swedes, who have unveiled some rather impersonal toilet facilities to try to prevent terrorist activity at Stockholm airport.

The male toilets, which can be seen above, are fitted with a new bulletproof plexiglass which, being see-through, would dissuade any terrorist from using the area to, for example, arm a bomb.

What of those ‘customers’ who are not terrorists though?

What about the sensitive types?

Most men using the facility have come to the toilet area to relieve themselves of their bodily wastes, and could hardly have expected the ‘goldfish bowl’ environment that greets them once inside.

A passenger who had just flown in from England, James Cromwell, said:

“It’s a bit much, having to sit there whilst someone in the next cubicle is watching out of the corner of their eye. Especially when you’re taking a dump. And that’s what I was doing – curling one off.”

Bernie Ford from Miami had a different view:

“My view was great! I could see everything! Too many people have too many hang-ups about going to the bathroom – just enjoy it! It’s fun!”

“We had a trial amongst the domestic passengers, and hardly anybody noticed, but that’s Scandinavians for you, I suppose! We’ll see what happens when we roll out the female toilets program in the summer.”

Sweden is noted for its laidback approach to the human body, and nudity in general. There are no dress rules in the country, and many people regularly report for work wearing not a stitch. It’s been estimated that around 5% of Swedes own no clothes at all apart from bikinis and swimming trunks, and many of the people that do wear clothes, like to crossdress.