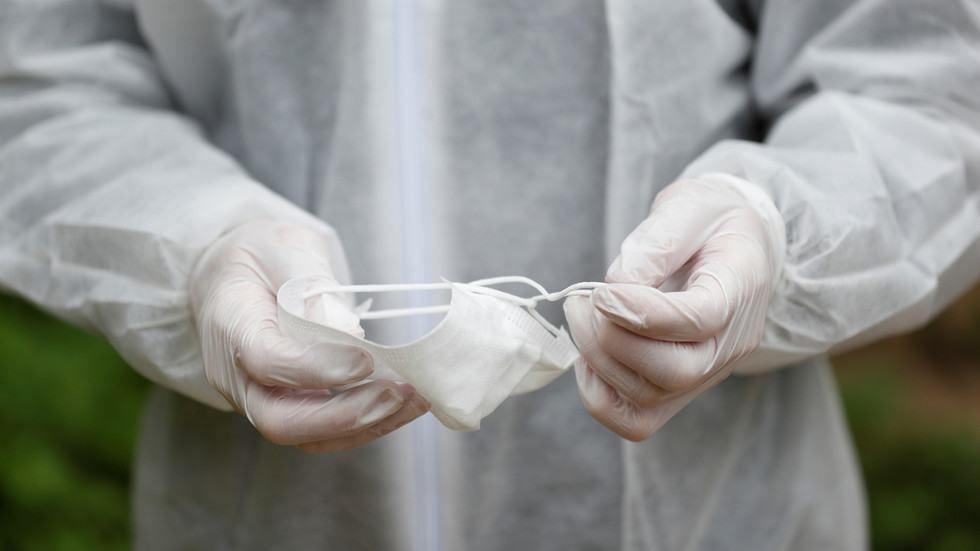 While the Department of Health has publicly declared that no medical workers should be prevented from speaking out, there is significant evidence that doctors have been put under pressure from NHS higher-ups to refrain from airing their concerns online, the BBC has reported.

One doctor, who spoke to BBC Newsnight anonymously, claimed he was hauled up before an intimidating panel of managers who were “feeding” him government-approved lines, declaring there were no shortages and warning him to “stop causing a fuss” over nothing.

Another medic was told they would gain a “reputation” and would find it difficult to be hired by another trust if they continued to tell “negative stories” about the hospital.

It’s the latest in a long line of PPE-related scandals plaguing the national health service since the Covid-19 outbreak, which has now claimed over 33,600 lives in the UK – more than any other country in Europe.

Indeed, according to WhistleblowersUK, many of those raising issues of concern have been warned that their contracts will not be renewed when their term is up.

Another whistleblower organization, Compassion in Care, reported in late April that five care home workers had lost their jobs after speaking up about staffing levels and insufficient PPE.

Meanwhile, a survey by The Doctors’ Association UK found that almost 50 percent of workers had been told not to mention their worries on social media. Likewise, almost 50 percent said they had been warned not to speak to the press.

“This is so the family of healthcare workers that have died get their much needed answers.” Thousands of British doctors are taking legal action to instigate a public inquiry over the government’s handling of #PPE. Matt Kneale of @TheDA_UK explains the upcoming proceedings. pic.twitter.com/1Hcls09xd9

The latest details of efforts to muzzle hospital workers comes days after thousands of doctors initiated legal action to force the government to launch an inquiry into PPE shortages for frontline workers, following the deaths of almost 200 healthcare workers from Covid-19.

The Doctors’ Association UK has complained that the UK’s pandemic stockpile lacked basic items like gowns and eye protection, while other equipment was out of date.

Also on rt.com ‘When clowns purchase gowns’: UK govt skewered after ALL 400,000 items of PPE bought from Turkey fail inspection

In April, some hospital staff in England were told to wear plastic aprons as proper protective gowns had run out. The gowns scandal deepened after the government purchased 40,000 of the protective garments, all of which failed to meet UK standards.

The UK government has fought off scandal after scandal regarding PPE in recent weeks, as it was even revealed that some staff were buying their own sub-standard protective gear from DIY stores and taking infected clothes home to wash them.