Labour leader Jeremy Corbyn told Theresa May to stop dishing out “lectures” and “sucking up” to racist European governments, after… 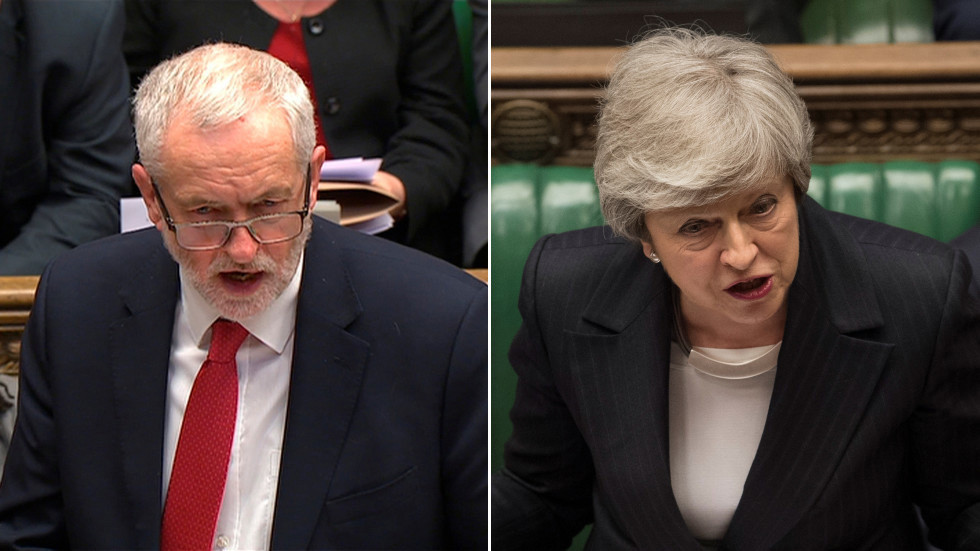 Labour leader Jeremy Corbyn told Theresa May to stop dishing out “lectures” and “sucking up” to racist European governments, after the Tory PM accused him of ignoring anti-Semitism within his party during a febrile PMQs.

Responding to Corbyn’s question in the House of Commons on Wednesday about British citizens who were wrongly deported as part of the Windrush scandal, a fired-up May accused the opposition leader of abandoning his principles on racism and Brexit.

May quipped: “He was an anti-racist. Now he ignores anti-Semitism. He’s been a Euroskeptic all his life. Now he backs remain.”

The socialist leader, ostensibly riled by May’s outburst, fired back at the prime minister, who has days left in office, claiming that she was in no position to give “lectures” on racism and principles.

Corbyn raised policies such as the ‘hostile environment,’ designed to make staying in the UK as difficult as possible, encompassing the ‘go home vans,’ of which May was the chief architect.

[She] refuses to acknowledge Islamophobia in her own party and who’s party consorts with racists and anti-Semites in the European Parliament and sucks up to those governments across Europe. We don’t need those type of lectures.

The Tories have been accused by various politicians, including Conservative peer Baroness Warsi, of not taking Islamophobia seriously and have called for an independent inquiry – a request rejected so far by the party.

A recent poll conducted by YouGov, commissioned by ‘Hope Not Hate,’ showed that 43 percent of Tory members would not welcome a Muslim as prime minister.

The Labour Party have been dogged by accusations of anti-Semitism within the party. The fallout has seen a number of Labour MPs resign, including Chuka Umunna and Luciana Berger, and saw three Labour peers resign the whip on Tuesday over the issue.