A man searching through some cardboard boxes of stuff that he had kept from his childhood, earlier today, unearthed his… 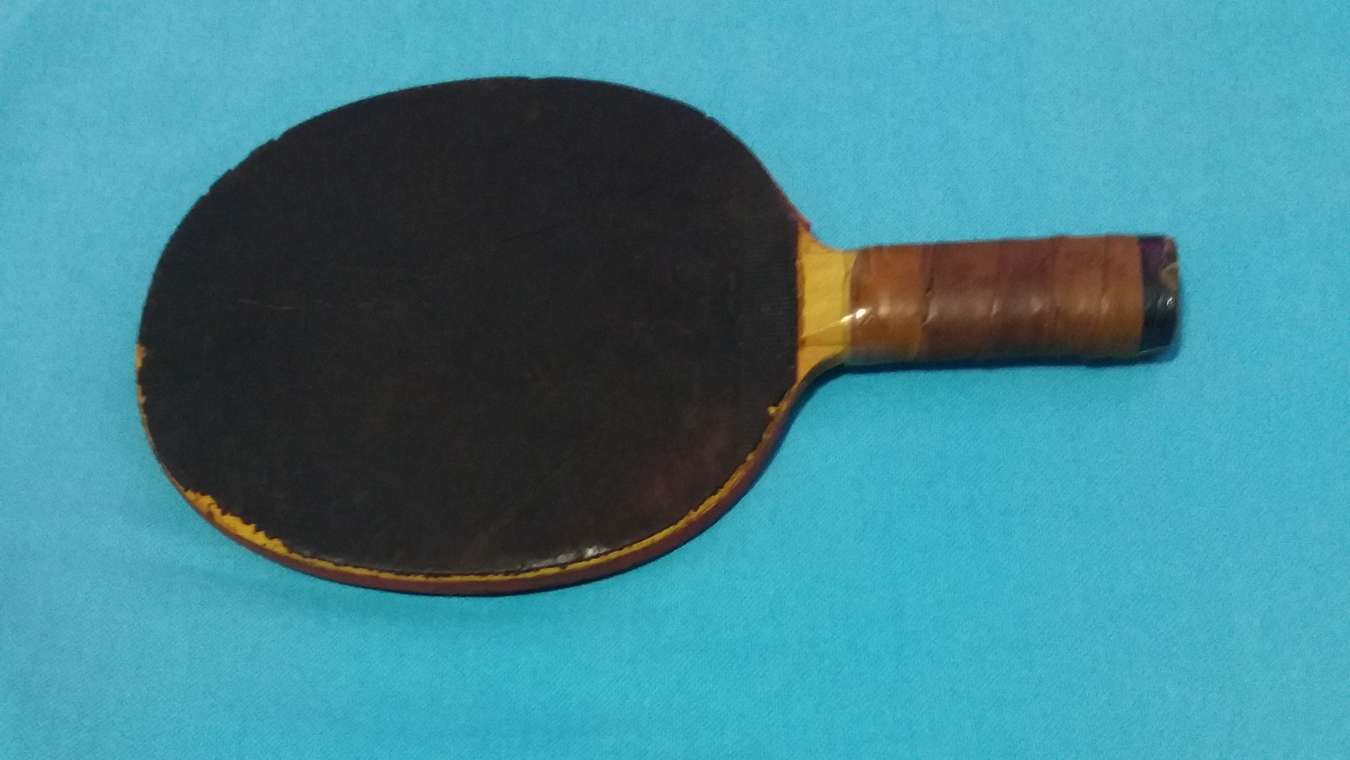 A man searching through some cardboard boxes of stuff that he had kept from his childhood, earlier today, unearthed his first table tennis bat, and was astonished to find that both the forehand and backhand rubber sections had changed from a beautiful red colour to pitch black

The child table tennis prodigy, Moys Kenwood, who bought the bat when he was 12 years old in 1975, and played for several years with it, before becoming indifferent to the game when he discovered girls, said:

“I remember buying that bat. I saved up the money from my paper round for weeks, then, when I had the £16.95, I went down to Sugg Sport in Paragon Street to get it.”

The bat in question is an Ascot Butterfly ‘Sriver’ model with a wafer-thin leather strapping and the words ‘English Style’ on the handle.

“All my mates had Stigas, but I bucked the trend. It was a beautiful striking red, but those 45 years haven’t been kind to the rubber. There are cracks everywhere, it’s perishing, and it’s now black.”

The bat hasn’t seen action since around the time Kenwood left school in July 1979, apart from a few occasions, in subsequent years, when it was used to swat flies.