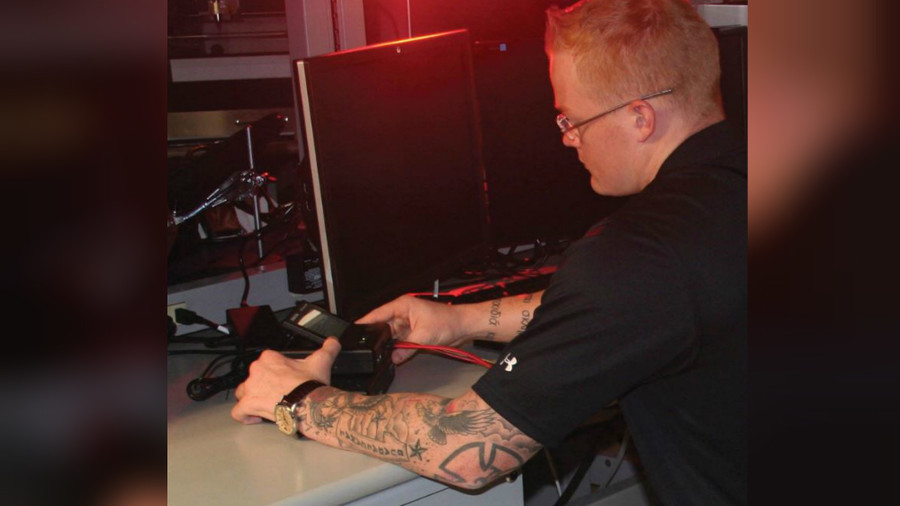 Fact-checker and writer at New Yorker magazine Talia Lavin has resigned from her position after she falsely accused an Immigration and Customs Enforcement (ICE) agent of having a Nazi tattoo on his arm.

Lavin, who worked for the Condé Nast-published magazine for three years, caused a furore online when she tweeted in a since-deleted post about an inking on the arm of ICE Agent Justin Gaertner.

According to ICE, the New Yorker employee “erroneously implied that a tattoo on one of his arms was an Iron Cross and essentially labeled him a Nazi.” The tattoo is actually of “the Titan 2” symbol of Gaertner’s platoon in Afghanistan, where he was severely wounded losing both his legs in an IED attack.

Lavin’s resignation and apology came after the US immigration agency staunchly defended their agent in an online statement.

“Justin Gaertner is a combat wounded US Marine who continues to serve his country as an ICE computer forensics analyst, helping to solve criminal cases and rescue children who have been sexually abused,” the statement read. “He is a paralympic athlete who has volunteered his time to motivate other wounded warriors and Boston bombing victims.”

In a tweet on Sunday, Lavin issued an apology for her mistake. She described her actions as “uncharitable” and revealed that she offered to resign as a result. She later posted that veterans had contacted her to highlight that the tattoo did not resemble a Nazi or White Supremacist Iron Cross.

To Justin Gaertner, I apologize, sincerely: all I saw in you was the photo ICE tweeted, and not the human being depicted inside it. It was uncharitable, and the hasty deletion doesn't change that. I'm sorry and I have voluntarily resigned after three years at the New Yorker.

some vets said this ICE agent's tattoo looked more like a Maltese cross than an Iron Cross (common among white supremacists), so i deleted my tweet so as not to spread misinformation pic.twitter.com/xaR6bqzSoP

Lavin has since published a link to her PayPal account for supporters to enable her to begin a “productive new phase.”