Government agencies and laws have devolved into weapons to be wielded against political opponents in this country. Why wouldn’t taxes… 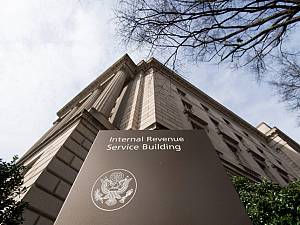 Government agencies and laws have devolved into weapons to be wielded against political opponents in this country. Why wouldn’t taxes follow?

Too many Americans promote taxes as a means of hurting people they dislike, putting the raising of revenue as a secondary consideration—or dropping it entirely.

Given the destructive nature of taxation, it’s a potentially effective strategy, at least for a while. But it may also totally delegitimize the tax system in the eyes of the people who are supposed to pay the bills.

With simmering partisan animosity in the U.S. has come a growing willingness to use government to extirpate anything perceived as bad or politically different. Financial regulators, law enforcement, and legislation have already been conscripted to the cause of hurting political enemies. Taxation is the just the latest weapon in the war.

Insisting that “a system that allows billionaires to exist … is wrong,” Rep. Alexandria Ocasio-Cortez (D-NY), a self-identified socialist, wants to slap punitive taxes on the prosperous. Yes, Ocasio-Cortez thinks a 70 percent marginal rate will raise some money for her pet projects, but that seems to take a back seat to using taxes to remake the economic system and eliminate a class of people she believes shouldn’t exist.

Sen. Elizabeth Warren (D-Mass.) warned that “a small group of families has raked in a massive amount of the wealth American workers have produced.” Warren wants to confiscate part of their accumulated assets. “My proposal will help address runaway wealth concentration,” said the likely 2020 presidential candidate.

“I can’t wait to tax Howard Schultz back into the middle class,” tweeted progressive columnist Ian Millhiser, after the former Starbucks CEO had the temerity to float a possible independent presidential run. For Millhiser, revenue isn’t even a consideration—it’s all about harming a partisan foe.

Not that Team Blue has a monopoly on valuing taxation for its power to destroy. The current resident of the White House likes that characteristic, too.

“They will be taxed like never before,” President Donald Trump vowed after motorcycle-manufacturer Harley Davidson announced plans to move some production overseas in defiance of the president’s nationalistic economic policies. Trump also threatened both tax and antitrust actions against Amazon, explicitly linking his threats to criticism of his administration by The Washington Post, which shares Jeff Bezos as an owner.

Governments have deliberately used that destructive power before. Notably, politicians impose “sin taxes,” to economically suppress activities and products that they don’t have the votes or the will to explicitly prohibit.

Sin taxes are a popular tactic—but never a successful one. They just drive people to the black market, failing both to suppress their targets or to raise revenue since underground sales aren’t taxed at all.

Where sin taxes do succeed is in breeding evasion of and contempt for taxes. For example, more than half of the cigarettes sold in high-tax New York are smuggled or otherwise illegally sourced.

And after people have learned contempt for the tax system, unlearning may be difficult or impossible.

“Once tax evasion becomes deep-rooted, it is almost impossible to root it out,” tax historian Charles Adams wrote in his classic 1993 book, For Good and Evil: The Impact of Taxes on the Course of Civilization.

In fact, that’s proven to be the case with New York’s thriving black-market tobacco trade.

“The problem is that the black market infrastructure has become well-established,” commented James Calvin, director of the New York State Association of Convenience Stores. “Once the black market has developed a regular customer base, it becomes almost impossible for the state to muster enough resources to halt the illegal trade because of the scale of pervasive tax evasion.”

If loading people with burdensome taxes as a backdoor effort to ban their vices earns their disdain and defiance, imagine the effects taxes deliberately intended to hurt them have on groups and individuals who are out of favor with whoever holds the reins of power.

“A respectful and fair treatment of taxpayers induces respect for the tax system and thus leads to co-operation,” economist Benno Torgler wrote in a 2011 paper examining what drives people to comply with, or defy, taxes. “On the other hand, a higher perceived tax burden and inefficiencies and unfairness in the interaction between the tax administration and the taxpayers crowds out the intrinsic motivation to pay taxes.”

That motivation is important because, despite the ferocious reputation of most tax agencies, none of them really have the means to enforce the compliance that governments require to function.

The somewhat incomplete tax compliance that countries see—currently 81.7 percent and slowly declining in the United States—is still way higher than economic models forecast. It’s explainable only by a wide perception that the system is, to some degree, worth supporting.

Publicly vilifying people and announcing that proposed taxes are intended to harm them is a great way to convince people that they’re being treated unfairly. It will then be only natural for them to feel perfectly justified in defending themselves against a malicious tax system.

On the plus side, once tax compliance tanks, there will be much less government left for the partisan factions to weaponize.

Bank of England “Pivots”? Is The Fed Next?

Info Brigade! Big Tech Suiting Up For War On Russia!

New York Is Setting Up Legal Marijuana Merchants for Failure