Taylor Swift Surprise Set at Stonewall!!! GLAAD I Could Make It 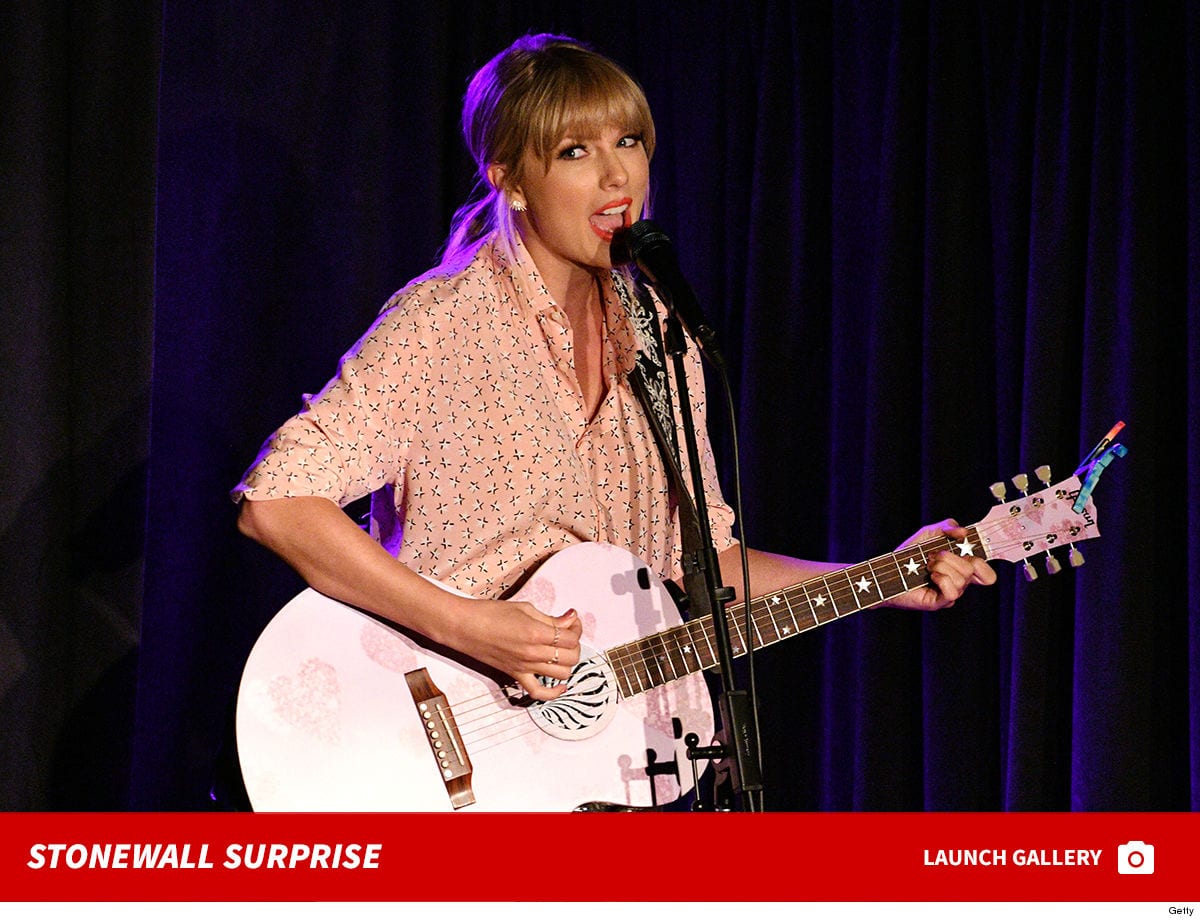 6:20 PM PT — Taylor just performed a surprise set at NYC’s Stonewall Inn, wishing everyone a happy Pride.  The event was hosted by Stonewall Inn and AEG to commemorate the 50th anniversary of the Stonewall uprising.

Taylor took the stage after an introduction from Modern Family star Jesse Tyler Ferguson … and she sang “Shake it Off.”

2019 marks the 50th anniversary of the Stonewall Riots, known as the dawn of the modern LGBTQ rights movement.

Taylor Swift‘s newest track is prompting something amazing — her fans stepping up to make donations to one of the biggest LGBTQ groups … all thanks to a shout out.

Honchos at GLAAD, the Gay & Lesbian Alliance Against Defamation, tell TMZ … they’ve seen an influx in donations overnight after Taylor dropped her new song, “You Need to Calm Down.”

The single is an anti-hate anthem that calls out anti-gay bullies, and includes the lyrics, “Why are you mad when you could be GLAAD?”

GLAAD recently started a fundraiser to support its LGBTQ advocacy work during Pride Month, setting a $ 1,300 goal as an homage to Taylor’s favorite number 13 … and we’re told many of the donations flowing in are for $ 13.

The song’s also prompting a flood of pro-LGBTQ posts on social media.

GLAAD executive Anthony Ramos is glad to have Taylor on their side … he says, “The fact she continues to use her platform and music to support the LGBTQ community and the Equality Act is a true sign of being an ally.”

Taylor made what GLAAD called a “very generous” donation earlier this month … and now her fans are following suit.