A teenager in Devon, UK, who had repeatedly assaulted and raped two small children, walked free after serving just three…

A teenager in Devon, UK, who had repeatedly assaulted and raped two small children, walked free after serving just three weeks in jail, the Daily Mail reports. His victims could now bump into him on the streets.

The self-confessed child rapist was 13 at the time he committed his sickening crimes against two siblings, a boy and a girl, aged just five and eight. Neither his, nor the victims’ names have been disclosed.

The rapist’s and the victims’ families were close friends and paid each other regular visits. It was during those times that he would take the small children away individually under the guise of playing “murder in the dark,” molest and ultimately rape them. 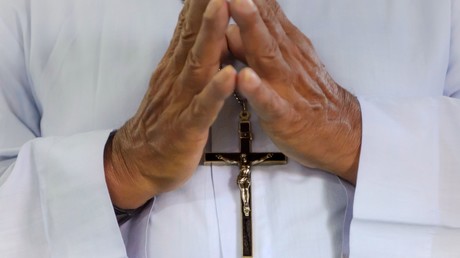 The nightmare went on for at least nine months – the court could prove it took place from September 2013 to May 2014 – but possibly stretched on for as many as 18. During that time, the male victim told the police, he was assaulted “about seventy times.” Only fourteen occasions could be proven, however.

Reports of the abuse didn’t surface until 2016, when the male victim approached his mother after taking a sex education class at school. The mother described the evening when her son told her about being raped as a “night of hell.”

She then asked her daughter if she had suffered the same, and the child broke down in tears. It turned out neither of the siblings even knew that the other was being exploited, as the deviant always took them away one at a time.

The parents were understandably relieved to finally hear on August 14, 2018 that their children’s tormentor would be locked up for two years, serving half of that time in an adult jail. He would also have a restraining order ban him from approaching his victims ever again, and be forced to register as a sex offender for five years.

But not even a month later, on September 7, he was allowed to walk free on appeal, the Daily Mail found out after months of looking into the hushed-up ruling. Agreeing with the defense that the rapist was too “vulnerable” for an adult prison, the court changed his sentence to a 12-month referral order, and released him back into the community. His sex offender registration was also shortened to only two and a half years.

“He was immediately released on Friday – and was at a party on a Saturday night,” the victims’ devastated mother told the paper. Living in the same village as her children’s rapist, she has now had to warn them that they might bump into him in the street.