Linda Sarsour, a prominent Palestinian American activist, got the cold shoulder from the Biden campaign last week, followed by a…

Linda Sarsour, a prominent Palestinian American activist, got the cold shoulder from the Biden campaign last week, followed by a sotto voce apology – but an elephant lingers in the room with the initials B.D.S.

Sarsour has worked across the progressive agenda on issues running from immigration, mass incarceration, and Black Lives Matter, to name a few. But her position on free speech has overshadowed all the rest, and made her an outcast – at least temporarily – from the Joe Biden campaign.

The Boycott, Divest, Sanction (BDS) movement calls on the international community to exert economic pressure on Israel to comply with international law. In its own words, “BDS is a Palestinian-led movement for freedom, justice and equality. BDS upholds the simple principle that Palestinians are entitled to the same rights as the rest of humanity.”

Sarsour’s support for the movement is what ostensibly led to the Biden campaign’s hostility. When she appeared in a DNC virtual meeting Tuesday on Muslim voter engagement, the “Trump War Room” tweeted: “Anti-Semite Linda Sarsour…supports the Israel-hating BDS movement which boycotts Jewish-owned businesses Her extreme bigotry is welcomed by Joe Biden and Kamala Harris.”

A Biden spokesperson was quick to distance the campaign from Sarsour, saying in a statement:

Joe Biden has been a strong supporter of Israel and a vehement opponent of antisemitism his entire life, and he obviously condemns her views and opposes BDS, as does the Democratic platform. She has no role in the Biden campaign whatsoever.”

A number of Arab, Muslim, and progressive groups called for a retraction of the campaign’s censure of Sarsour and the Biden campaign eventually issued a semi-apology in an off-the-record phone call that did not include Sarsour. Biden’s top foreign policy adviser, Tony Blinken told the activists, “Historically, Republicans and Democrats have been quick to dismiss Muslim, Arab-American and especially Palestinian-American voices, and I want to reiterate on behalf of all of us our support for your communities.”

That’s not how we do business… We are not in the business of condemning people and large swathes of the community, absolutely not.

We are going to do better going forward. This will not be a situation that will happen again.”

The DNC platform, however, suggests otherwise. This is not the first time the DNC has publically admonished a Muslim, a Palestinian, or a woman – and the attack on Sarsour was consistent with the plaform’s public stance on BDS.

This is how DNC does business

The Democratic platform is clear on the issue of BDS:

[We oppose] any effort to unfairly single out and delegitimize Israel, including at the United Nations or through the Boycott, Divestment, and Sanctions Movement [BDS]. 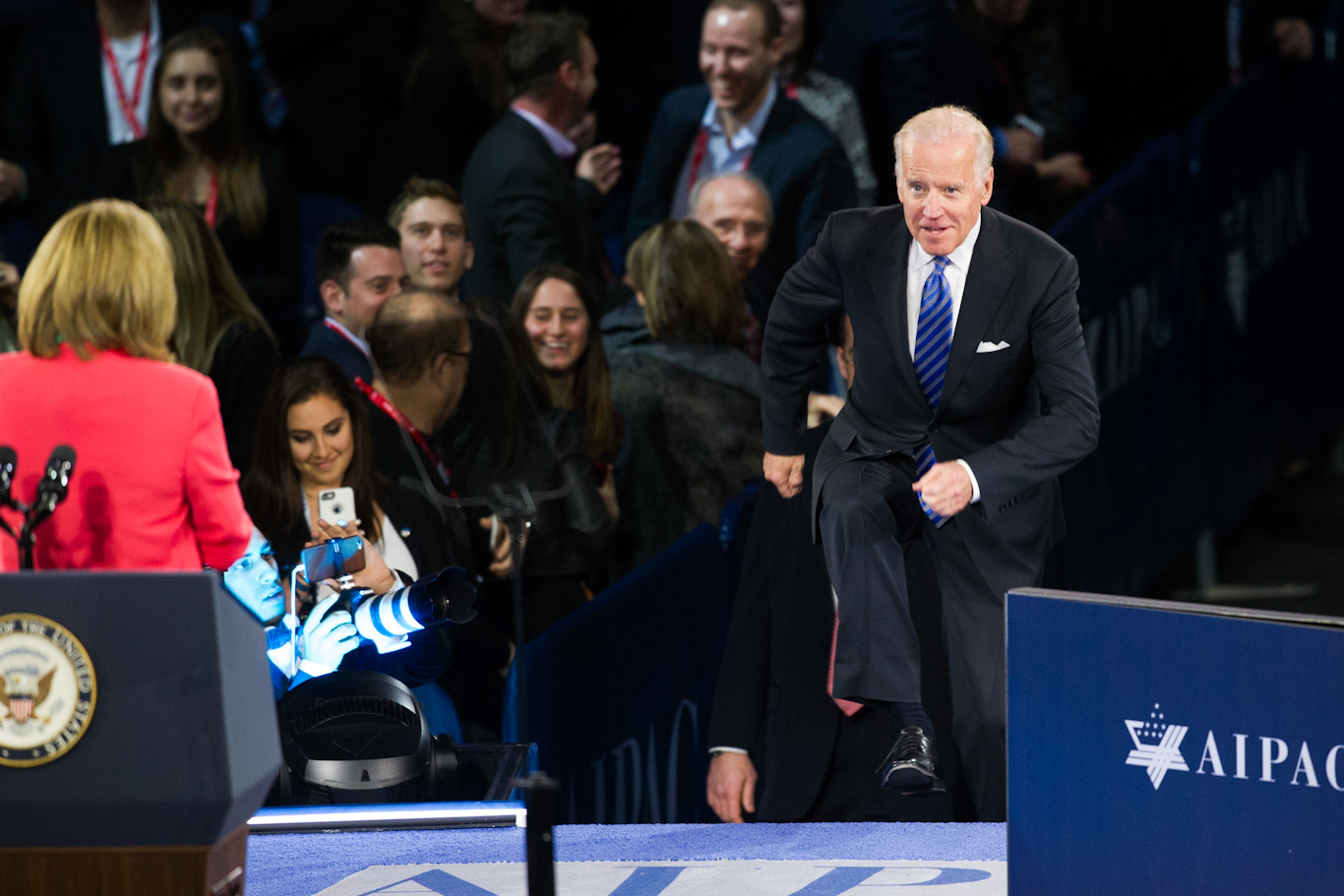 The party can not “do better going forward” as long as this clause is in place, some activists argue. They worry that condemnation of BDS not only alienates those who support the movement – but neglects a position held by a majority of Democrats.

In fact, recent polls show that over 70 percent of American adults are against anti-boycott measures, and 53 percent of Democratic voters say BDS is a legitimate movement The DNC’s platform does not, therefore, align with the Democratic people.

Israel and its allies have targeted the BDS movement since its inception in 2005, alleging that it is inherently anti-Semitic because of its criticism of the “Jewish State.”

BDS critics point to the International Holocaust Remembrance Alliance (IHRA) working definition of anti-Semitism – particularly to some of the “contemporary examples,” including: “Denying the Jewish people their right to self-determination, e.g., by claiming that the existence of a State of Israel is a racist endeavor.”

When Sarsour was attacked for giving a commencement address at CUNY in 2017 – not because of the content of her speech, but because of her criticism of Israel and support for BDS – at least one hundred Jewish American leaders came out in support of her, writing in an open letter, “We may not agree with Sarsour on all matters. We do not offer our stamp of approval to every tweet or message she has ever posted. But…we are committed to bridging communal boundaries and standing in solidarity with one another.”

One of Sarsour’s most famous remarks, made at the 2019 annual conference of American Muslims for Palestine in Chicago, may also be her most controversial:

[H]ow can you be against white supremacy in America and the idea of being in a state based on race and class, but then you support a state like Israel that is…built on the idea that Jews are supreme to everyone else.”

When criticized for this statement, she apologized unequivocally, explaining that she was not referring to the Jewish people – rather, Sarsour was referring to Israel’s 2018 Nation-State Law. This Basic Law (on par with our Constitution) declares, among other things:

The right to exercise national self-determination in the State of Israel is unique to the Jewish people.

The state [Israel] will be open for Jewish immigration.

The state [Israel] views the development of Jewish settlement as a national value and will act to encourage and promote its establishment and consolidation.

These statements met with disapproval, not just by Sarsour, but also by many American Jewish leaders. This legislation disregards the 20 percent non-Jewish minority in Israel: Palestinian aspirations for self-determination; Palestinian refugees’ right of return; and the worldwide consensus on the illegality of Israeli settlements.

If the DNC wishes to truly become the inclusive platform that stands for social justice and the marginalized, it must reconcile its position on Israel, BDS and the wider movement for human rights.

Feature photo | Linda Sarsour quiets the crowd at the start of a protest against Judge Brett Kavanaugh in the Russell Senate Office Building Rotunda, on Capitol Hill, Sept. 24, 2018 in Washington. Alex Brandon | AP

Kathryn Shihadah writes for MintPress News and If Americans Knew. She speaks regularly about the injustice and demonization Palestinians face at the hands of Israel with complicity from the United States, especially to Christian audiences. Kathryn has lived in the Middle East for ten years and has traveled extensively. She blogs at PalestineHome.org.

In the Shadow of the Federal Death Chamber, Executions Are on Hold — For Now