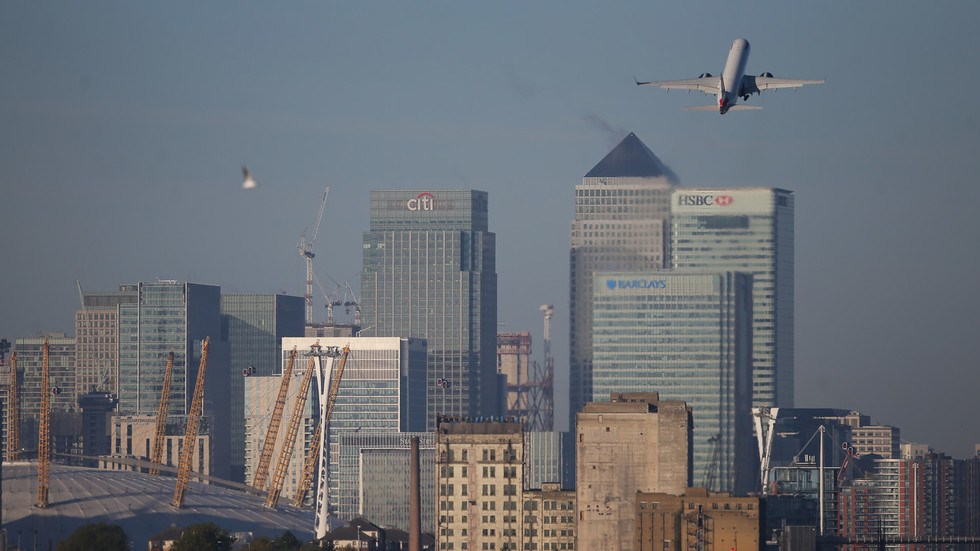 Financial services firms are planning to move £800 billion ($ 1.02 billion) in assets to EU countries as Brexit looms, with over a third of companies seeking to relocate their businesses outside the UK, according to an EY report.

The study tracked announcements from 222 companies in the sector. The research published on Monday by EY, one of the “Big Four” global accounting firms, found that 36 percent of all firms had either publicly confirmed or stated their intentions to transfer their operations and staff to nearby EU nations, Citywire reports.

Also on rt.com The EU bubble is doomed to burst in 2019, financial analyst warns

The consultancy firm’s “Brexit Tracker“ reveals that the proportion rises to 48 percent – or 68 out of 143 companies – for universal and investment banks, wealth and asset managers, and insurance businesses.

Omar Ali, EY’s UK financial services leader, claims that £800 billion ($ 1.02 billion) is a “conservative” number and could grow as the risk of a no-deal Brexit heightens.

“The closer we get to March 29 without a deal, the more assets will be transferred and headcount hired locally or relocated,” he told City AM.

Dublin is the prime choice for firms pursuing relocation plans, followed by Paris. Frankfurt and Luxembourg are also high on companies’ lists, according to EY.

Analysts at the Big Four accountants expect around 7,000 financial jobs to be generated in the EU in the short term as a consequence of Brexit, in addition to the 2,000 already created.

The finding comes as the UK government prepares for the delayed parliamentary vote on Prime Minister Theresa May’s withdrawal deal on Tuesday, January 15, with more than 200 MPs having signed a letter calling for the PM to rule out a no-deal Brexit.