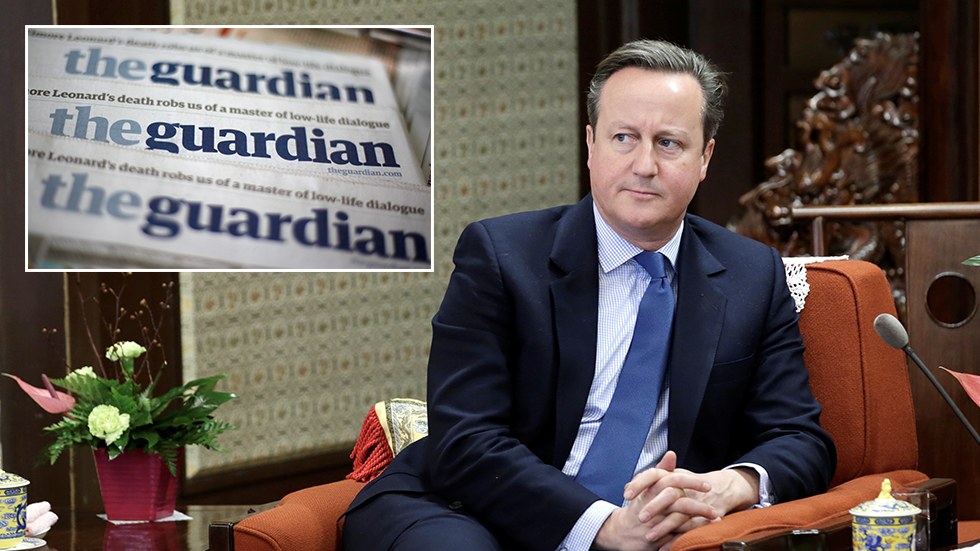 British newspaper The Guardian has apologized for attacking former Tory prime minister David Cameron for having only felt “privileged pain” over the death of his 6-year-old severely disabled son.

In extracts from his memoirs published on Sunday, Cameron, who was UK prime minister from 2010 to 2016, praises the National Health Service (NHS) care his son, Ivan, received before his death in 2009.

However, the paper in its editorial asked whether he “might have understood the damage his policies have done,” if he had sought the care for a parent rather than a child. They ostensibly suggested Cameron was somewhat fortunate in only having to experience the “better funded parts of the [NHS] system.”

Mr Cameron has known pain and failure in his life but it has always been limited failure and privileged pain.

The Guardian removed the comments within hours of publication, following widespread condemnation on social media. Chancellor Sajid Javid branded the remark “shameful,” hitting out at the paper’s lack of empathy.

Others, who concede that they may not be huge fans of Cameron, said that it it was “beyond vile” for the paper to “question his grief privilege” in relation to the death of his son.

Ivan Cameron had cerebral palsy and suffered from a severe form of epilepsy that led to him having 20 or 30 seizures a day.

A spokesman for The Guardian has apologized, insisting the original version of the editorial “fell far short of our standards,” adding that it has been “changed significantly.”