Indian For some time, the character of Apu on the Fox Channel's "The Simpsons" has been a source of controversy…. 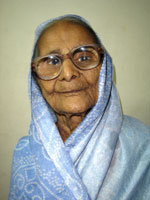 For some time, the character of Apu on the Fox Channel's "The Simpsons" has been a source of controversy. Many viewers, especially those of South Asian ancestry, have been uncomfortable with the character, seeing it as the embodiment of the stereotype of the Indian as a convenience store worker with a funny accent.

The controversy erupted into the public sphere when comedian Hari Kondabolu promoted his documentary "The Trouble with Apu', in which Kondabolu presents his case that the character is a vicious and hurtful stereotype.

The show's makers were slow to respond to the accusations of ethnic stereotyping, but Kondabolu and his supporters seemed to score a victory when Hank Azaria, who provides the voice of Apu, was quoted as saying he felt it was time to get rid of the character. "I am perfectly willing to stop providing the voice of Apu," he said.

This week, executives at the Fox network announced that they are getting rid of the character for good. Dana Walden, Chairwoman and Chief Executive Officer at Fox Television Group, expressed her hope that the upcoming Simpsons episode "Apu is Dead" will put the controversy to rest. Walden explained, "The episode begins with an angry mob surrounding Apu's store and eventually burning it to the ground. The mob consists of Indians who are enraged with Apu because he makes their community look bad. We are making sure to linger on Apu's death as the crowd beats him with sticks several hundred times. In treating the character's death in the most brutalizing fashion we hope to satisfy the bloodlust and anger of all those who hate him. That's all in the opening seven minutes. After the commercial break the rest of the show is completely unrelated. No more mention of Apu will be made."

As more details emerged, we learned that Hop Slap will prove to be a humorous foil for Homer Simpson, often taunting him with the catchphrase, "No tickee, no shirtee." As an added bonus, Hop Slap's wife will serve as a recurring character, to be voiced by Sarah Silverman. "It's really funny," Newman said. "Mrs. Slap runs a Chinese restaurant in back of the laundromat and Homer is a constant annoyance for her. She's constantly peeing in his egg drop soup, but somehow he always foils her plans by spilling the soup in her face. Damn, it's funny."

Newman summarized, "It's really quite hilarious. I just know that next year people are going to be going around saying, No tickee, no shirtee. It's going to bring people together in the spirit of good cheer."