The 9/11 Report states that “we have found no evidence that the Saudi government as an institution or senior Saudi officials individually funded the organization [al-Qaeda].” The Kingdom of Saudi Arabia (KSA) has used that sentence numerous times defending itself against families of 9/11 victims that are attempting to sue them for financially supporting the 9/11 attacks. 9/11 family member, September Eleventh Advocate, and Jersey girl, Kristen Breitweiser addressed the issue here.

For a long time, the U.S. Government argued that since Saudi Arabia was not on the State Department’s list of state sponsors of terrorism, the 9/11 families couldn’t sue the Kingdom in a court of law. But in 2016, a bill called the “Justice Against Sponsors Of Terrorism Act (JASTA)” was passed allowing 9/11 families to sue, despite the formality. President Obama attempted to veto the bill but his decision was overridden by Congress.

Unfortunately, the United States’ diplomatic and legal protection of Saudi Arabia over its role in the 9/11 attacks has a long history that precedes President Obama’s veto and continues long after. This has been covered extensively by both advocates and by the family members of those killed in the attacks. 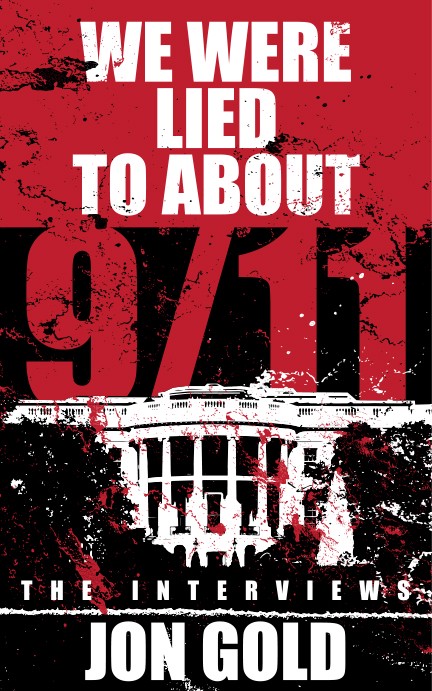 Following a well over a decade of persistence and tireless work, those advocating for clarity and accountability on the Saudi role in the attacks seemed to be getting new traction. The 9/11 Commission had what was called Memoranda For The Record (MFR), which detailed the Commission’s interviews with witnesses. The MFR’s described what questions were asked as well as the answers given.

One of the newly released MFR’s that had been classified for years was that of Prince Bandar bin Sultan Al Saud, the former long-time Saudi Ambassador to the United States. It has long been known that Bandar’s wife, Princess Haifa, sent money to associates of two of the alleged hijackers. When the famous “28 redacted pages” of the Joint Congressional Inquiry’s report was finally released (with 3 pages still redacted and with redactions throughout), it was found that Prince Bandar personally gave money to one of the alleged hijackers’ associates.

That knowledge was withheld from the American people for years. The 9/11 Commission, as the newly released MFR revealed, “did not question the Ambassador [Bandar] about it.” Yet despite the success of advocates and family members in pushing for the release of the Memoranda, the government has continued to stonewall those seeking transparency about the government’s knowledge of the Saudi role in the attacks.

It’s important to note that Prince Bandar was a close personal friend of the Bush family. In 1997, the elder Bush called on Prince Bandar to educate his son on foreign affairs and on March 15, 2001, just months before the 9/11 attacks, President George W. Bush and Prince Bandar were discussing the need for decisive military action in Iraq. Prior to the invasion of Iraq, two high-ranking officials in the Bush administration, Vice President Dick Cheney and Secretary of Defense Donald Rumsfeld, reassured Prince Bandar that: “once we start, Saddam is toast.” Bandar was apparently skeptical because he knows in the first Gulf War we didn’t get Saddam out.”

One step forward, two steps back

The Florida Bulldog, a small independent news outlet that extensively covers the Saudi role in the 9/11 attacks, attempted to compel the government to release additional documents related to the attacks but were turned down when a split federal appeals court concluded that “the public interest in knowing what happened is outweighed by the privacy interests of suspects, witnesses, and FBI investigators.”

In September, an attorney for Florida Bulldog filed court papers asking a Miami judge to make public “one critical piece of information” – the name of the person who tasked two Saudis living in Southern California with assisting the 9/11 suicide hijackers. The Justice Department announced last week that the FBI finally declassified that name “in the public interest,” but provided it only to the attorneys representing 9/11 family members suing Saudi Arabia in federal court. Those attorneys are under a court mandate not to release the declassified FBI records to the public without the court’s permission, effectively nullifying the ‘public interest’ under which the FBI released the records in the first place.

Despite fighting what seems to be an increasingly uphill battle, its clear that the unwavering push for transparency has rattled some in the upper echelons in the Saudi government.  A lawyer for the 9/11 Families, James Kreindler, recently claimed that the real motive for the Saudi government’s murder and dismemberment of Washington Post columnist Jamal Khashoggi was his knowledge concerning the Saudi role in the 9/11 attacks. “Khashoggi was killed not because he was a dissident, but because of his contact with us,” Kreindler claimed.

For years, the U.S. government’s handling of the investigation surrounding the role of Saudi Arabia in the 9/11 attacks has been a slap in the face for the families of victims. Cover-ups, lies, and deception have marked the myriad attempts by the American people to find answers about the Kingdom’s role in the attacks, leaving many to question not only who the government is trying to protect, but also what else it is being dishonest about.

Feature photo | An American flag stands over the names of the victims of the 9/11 attacks before a ceremony at ground zero in New York, Sept. 11, 2017. Seth Wenig | AP

Jon Gold is a Philadelphia-based advocate for 9/11 justice. He was a member of the steering committee for 911truth.org. He has written two books, “9/11 Truther: The Fight For Peace, Justice And Accountability” and “We Were Lied To About 9/11: The Interviews.” He is also a long-time advocate for the 9/11 first responders and those affected by the environmental impact of the attacks.

Teaching Students How to Dissent Is Part of Democracy

What You Should Know Before Leaking a Zoom Meeting