Theresa May has reportedly canceled the parliamentary vote on her EU Withdrawal Deal, a day before it was scheduled to… 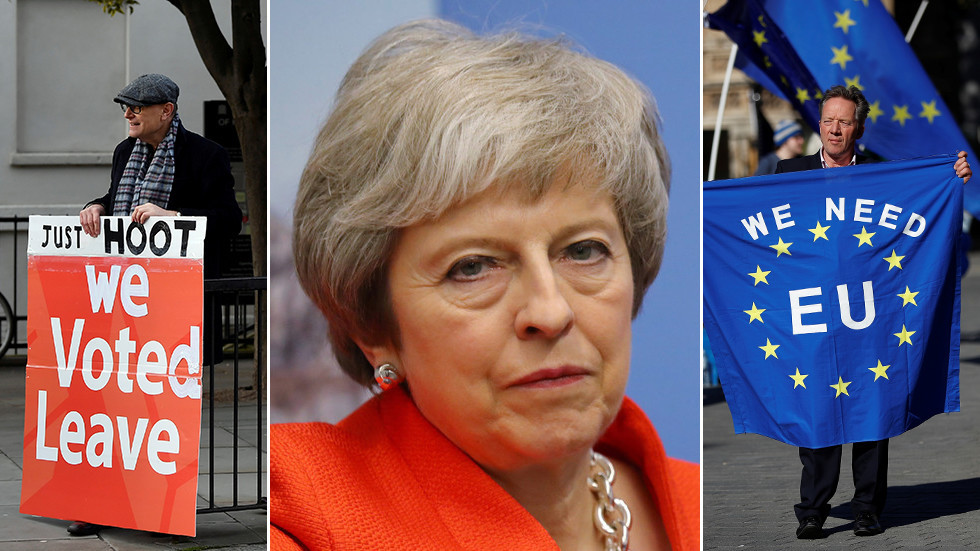 Theresa May has reportedly canceled the parliamentary vote on her EU Withdrawal Deal, a day before it was scheduled to take place. The PM is set to address Parliament later this afternoon.

Unnamed sources referenced by Sky News and the BBC’s political editor, among others, said that the vote had been called off.

Labour leader Jeremy Corbyn has slammed May for canceling the crucial vote, claiming the PM has had to delay her own government’s vote because her Brexit deal is “disastrous.”

The Government has decided Theresa May's Brexit deal is so disastrous that it has taken the desperate step of delaying its own vote at the eleventh hour. pic.twitter.com/3aO2QsM4W2

100% this 👇. If rumours of a delay are correct, it will be pathetic cowardice by a PM and government that have run out of road and now need to get out of the way. https://t.co/sdWGQMotVH

While SNP leader, Nicola Sturgeon, tweeted: “if rumours of a delay are correct, it will be pathetic cowardice…”

The alleged U-turn has led to accusations that the government is in ‘chaos’.

The House of Commons vote, which would approve or reject the terms of the UK exit from EU, was due to be held on Tuesday evening. It is reportedly now set to be rescheduled, despite the government’s previous statements saying that it will go ahead.

Brexiteer and Environment Secretary Michael Gove had told the BBC this morning that the vote was definitely going ahead. The apparent change of strategy has led to MPs and journalists condemning the ‘chaos’ of May’s government.

The contradictory briefing on whether or not the vote is going ahead is pretty extraordinary. It makes it look like even Downing Street no longer knows what Downing Street is doing.

It saddens me enormously to see the damage inflicted on our country by the Brexit process, exemplified this morning by the ‘will she or won’t she’ chaos at No 10. Only the people can sort this out. #PeoplesVote

11.15: Downing Street insists vote is definitely "going ahead as planned" and they're "confident" May will win it.

May is set to address the Commons at 3:30pm, after which MPs will hear a statement from Leader of House Andrea Leadsom, who may formally pull the vote.

The PM was facing near certain defeat on the historic bill. More than 100 Tory backbenchers signaled they would vote against her, along with her Northern Irish allies, the DUP and Labour.

READ MORE: ‘It’s mine, my own, my Brexit!’: Gollum actor reprises role to deride Theresa May (VIDEO)

If May lost the vote she could have been ousted as leader, with her multiple cabinet ministers refusing to rule out a leadership challenge over the weekend.

In the wake of reports that the Brexit vote had been called off, sterling fell 0.4 percent against the US dollar to $ 1.26, the Press Association reports. Against the euro, the pound was down 0.6 percent at €1.10.