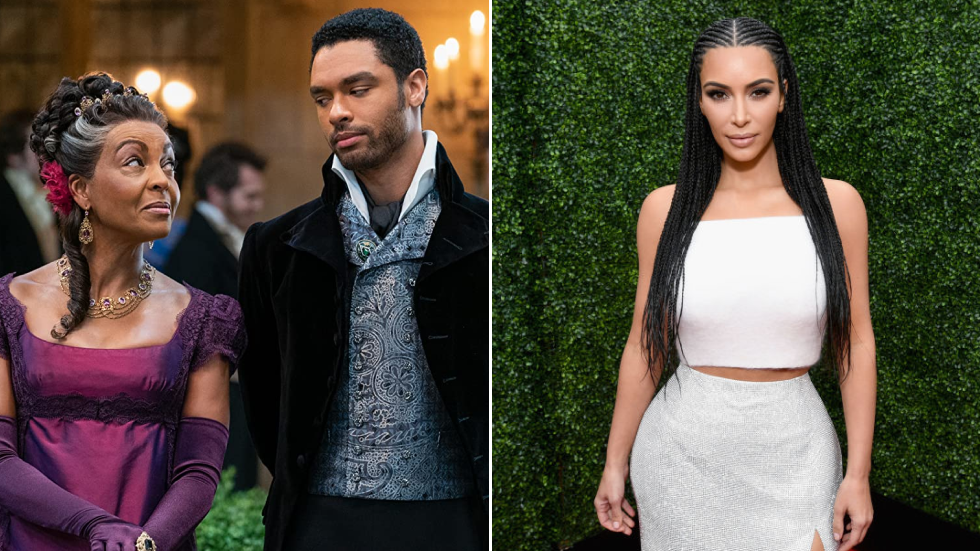 Considering stars of TV show Bridgerton or the Kardashians to be attractive and wanting mixed-race people to be sterilized are two sides of the same coin of white supremacy, a mixed-race author is arguing in a column.

The fact that African features are not only accepted but sought-after in modern British society is apparently problematic and laced with racism. At least according to Natalie Morris, a lifestyle reporter and book author, who shared her view on race issues in a current piece in The Guardian.

Called “Why celebrating ‘mixed-race beauty’ has its problematic side,” the column scrutinizes the current situation in which mixed-race appearance “personified by the Kardashians” is en vogue. When she was growing up, Morris explained, she wanted to look more like a white person. But now that her natural looks are “trendy” she wonders if she should be pleased about this, because she believes it only works for appearances “with proximity to whiteness.”

Excited to share my first piece for The Guardian (!!) – on the problem with the scrutiny of ‘mixed beauty’:’Celebrating mixed beauty does little more than bolster a pre-existing racial hierarchy, ensuring that whiteness remains fixed at the top.’https://t.co/uc9UbzJ5Sm

There is no argument that the standards of beauty, malleable as they are, are in part based on the looks of people who have wealth and power. In the West, paleness was a cherished trait as long as it signalled that one didn’t need to work the fields under the sun for a living. Once poor people moved into factory shops and offices, tanned bodies with their implication of free time and money to fly to some seaside resort came into fashion. And, of course, public perception of racialized features is a powerful force, as the category list of any popular porn site can attest.

Morris, however, went far beyond these points. Problematic for her is the fact that some people of colour are left behind by the increasing popularity of non-white appearances. At the same time other people “have been cherry-picking the elements of Blackness that suit their brand without any of the uncomfortable or disadvantageous implications of actually living as Black.”

She cites interviews with 50 Britons of ethnically mixed origins which she conducted for her book, who told her the “mixed beauty” trend made them “feel like a collection of commodified parts, rather than real people.” Cue some anecdotes about bad dating with a bit of kink-shaming of men, who seek an exotic appearance from their sex partners, male or female. And a lamentation that trend supposedly does not apply to people, who don’t have white in their “mixedness.”

This unfairness, according to Morris, can be seen in TV shows like Bridgerton, which “spotlight mixed stars at the expense of monoracial Black actors” and the criticisms of Meghan Markle, who “was deemed not to be sticking to the script, and was instead proud and outspoken about her Black heritage.” What a relief that Grace Jones and Naomi Campbell became megastars before their careers could be threatened by entitled, trendy mixed beauties!

From the department of “You Can’t Make This Sh*t Up,” finding mixed-race people to be beautiful is, according to The Guardian, basically a form of white supremacy. pic.twitter.com/lXCCUl2vKb

The column inevitably concludes that modern infatuation with mixed-race beauty may inherently be of the same nature as segregationist moods of the early 20th century. Then, mixed marriages were perceived by some in Britain as dangerous and children born to mixed parents were “denigrated as deviant, stupid, contaminated, undesirable” and in need of strerilization. The trend, Morris believes, simply bolsters “a pre-existing racial hierarchy, ensuring that whiteness remains fixed at the top.”

The article seems to be in line with the modern woke trend of seeing things as not black enough to be considered genuinely black. Bridgerton, a sex-filled Regency Era period drama that introduces fictional mixed-race aristocracy, was scorned by some critics for supposedly misrepresenting the lives of black people in historic Britain. Kim Kardashian regularly gets accused of “pretending” to be a black person through tone skin manipulation and other tricks.

Whether the outrage is moving Western society towards empowering discrimination-weary minorities, or simply offers the woke crowd an additional tool for virtue signalling, is an open question.