Exasperated holidaymakers have been left stranded at a number of UK airports amid widespread flight delays and even cancelations, after… 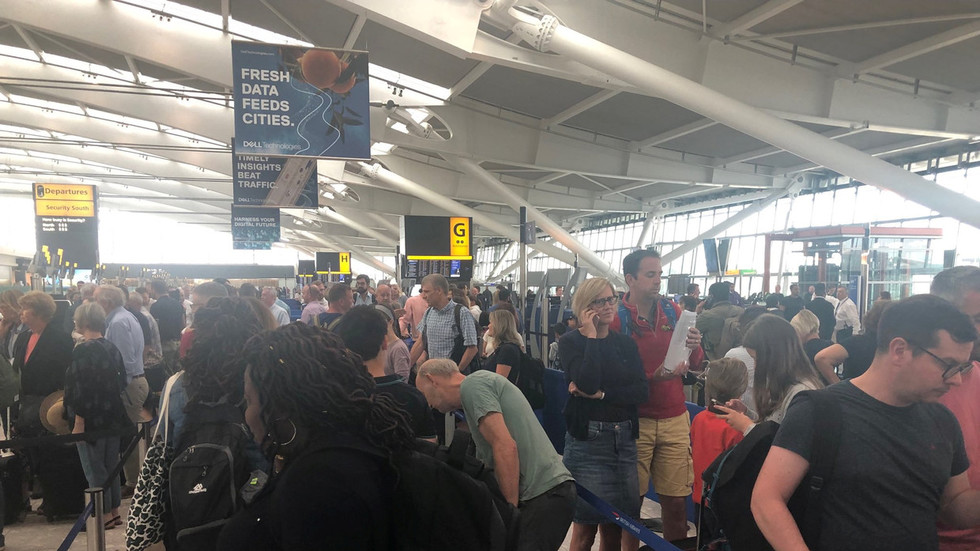 Exasperated holidaymakers have been left stranded at a number of UK airports amid widespread flight delays and even cancelations, after an alleged IT system failure struck British Airways.

Frustrated customers have swamped social media with complaints as BA had already announced some 81 flight cancelations at Heathrow and a further 10 canceled flights at Gatwick.

Oh dear @britishairways global IT outage? Boarded at 6.30am. Waved good by to partner and dogs early ready to talk Whisky in London. No news from BA HQ. All flights grounded? Staff on board at Glasgow flight to London are brilliant. @BBCr4today for company.

Would-be passengers have described the service as “disgusting” while calling British Airways “a disaster company” and “a shambles.”

Over 200 flights have been delayed so far, with the airline advising customers to allow for prolonged waits at check-in desks.

The airline’s online check-in system has experienced major failures and the company has reportedly reverted to a manual system at airports, further compounding delays for beleaguered travellers.

This outage is allegedly the fourth major outage at British Airways in the past two years.

This is at least the fourth major IT outage at British Airways since the one in June 2017 in which tens of thousands of people were disrupted. At what point does the CEO become responsible?

It is the second high-profile disaster for the company in as many days, after one of its aircraft cabin filled with smoke on Monday afternoon, video of which was shared online.