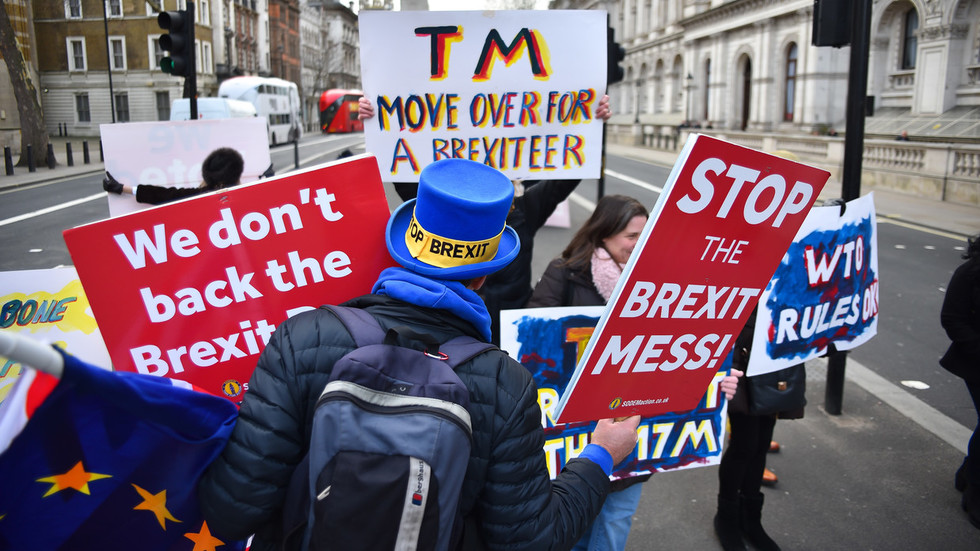 Former Brexit Secretary David Davis has called on PM Theresa May to delay the vote on her Brexit deal for a second time, claiming the threat of leaving the EU without a deal could help engineer a better deal for the UK.

Writing in the Telegraph, Davis claimed that because the EU is so fearful of losing the £39 billion (US$ 49 billion) “divorce payment,” a deal could be brokered “at the eleventh hour,” so May should hold her nerve and postpone the “meaningful vote.”

It’s thought that government whips failed to convince enough Tory MPs over Christmas to back the PM’s deal. Davis says there is no need to panic, insisting negotiations on this scale were always going to end with last minute concessions to secure a deal.

Davis, who resigned from the cabinet in July 2018 over May’s Chequers Brexit agreement, argues: “I have always said that the EU would push and push until finally we reach a resolution at the eleventh hour.”

“The more we prepare to leave the EU without a deal, the more likely a good deal becomes,” he added.

The UK parliamentary vote on the deal was withdrawn at the last minute by May’s Tory government and re-scheduled for the week commencing January 15. The debate on the agreement starts on January 7.

The PM will return to Brussels next week in an attempt to secure legally-binding assurances from the EU that the Northern Irish ‘backstop’ arrangement would only be temporary in the event of no trade deal being agreed – an issue that threatens May’s deal passing through the UK Parliament.

In December, May survived a vote of confidence with 200 Conservative Party MPs supporting her leadership and 117 voting against her and her highly divisive Brexit plan.

According to the Telegraph, May will attempt to persuade Tory MPs who are less than convinced with the deal she has struck with the EU, with some drinks parties at Downing Street on Monday and Wednesday of next week.