Top Story Engineers at the University of California, San Diego, have developed a miniature, ultra-low power, injectable biosensor that could… 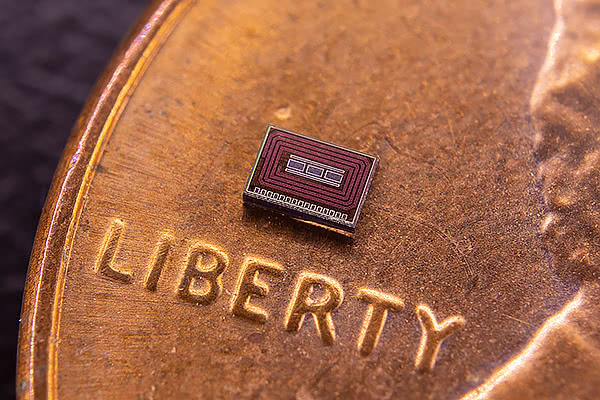 Engineers at the University of California, San Diego, have developed a miniature, ultra-low power, injectable biosensor that could be used for continuous, long-term alcohol monitoring. The chip is small enough to be implanted in the body just beneath the surface of the skin and is powered wirelessly by a wearable device, such as a smartwatch or patch. One of the challenges for patients in treatment programs is the lack of convenient tools for routine monitoring. Breathalyzers, currently the most common way to estimate blood alcohol levels, are clunky devices that require patient initiation and are not that accurate. A blood test is the most accurate method, but it needs to be performed by a trained technician. Tattoo-based alcohol sensors that can be worn on the skin are a promising new alternative, but they can be easily removed and are only single-use. A tiny injectable sensor — that can be administered in a clinic without surgery — could make it easier for patients to follow a prescribed course of monitoring for extended periods of time. The biosensor chip measures roughly 1 cubic millimeter in size and can be injected under the skin in interstitial fluid — the fluid that surrounds the body’s cells. It contains a sensor that is coated with alcohol oxidase, an enzyme that selectively interacts with alcohol to generate a byproduct that can be electrochemically detected. The electrical signals are transmitted wirelessly to a nearby wearable device such as a smartwatch, which also wirelessly powers the chip. Two additional sensors on the chip measure background signals and pH levels. These get canceled out to make the alcohol reading more accurate.

Is eating cheese as bad for animals and the planet as eating meat?

Burden of Genius review: The story of the first liver transplants

Quiz of the year: Test your knowledge of 2018’s science stories

How Atlantic upheaval will make future weather even more chaotic