Moral injury is the real reason why US veterans are committing suicide, as they realize all the horrors of war…

Moral injury is the real reason why US veterans are committing suicide, as they realize all the horrors of war and innocent people killed were for nothing but US corporate interests, US Iraq war veteran Vince Emanuele told RT.

Dozens of US veterans gathered for a march in front of the New Orleans VA hospital on July 1, to raise awareness for the high rates of veteran suicides across the nation. The demonstrators were wearing ‘dead masks’ to represent the high cost of war.

Last month, US Department of Veterans Affairs released a report stating that the average number of veterans who die by suicide daily is 20.

RT spoke to US Iraq war veteran and activist Vince Emanuele who shared his view on the matter. He believes that the US government is not doing everything possible to prevent more veteran suicides. 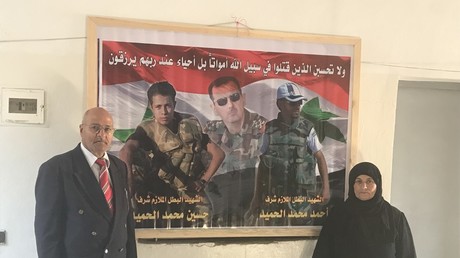 To change the situation immediately, he thinks, US should stop sending young men and women to fight “immoral, illegal and illegitimate wars” around the world.

Currently, the US has over 800 military bases in more than 70 countries around the globe.

Since 9/11 took place, the US “bombed…Iraq, Afghanistan, Somalia, Pakistan, Yemen, Libya, Syria,” Emanuele said. “We could go on and on with the amount of nations that the US is currently occupying. And I think that is the core why we have so many veterans killing themselves,” he explained.

In Emanuele’s opinion, when veterans are returning home, tens of billions of dollars should be spent on trying to take care of them. Instead, he said, President Trump and the GOP were trying to privatize elements of the VA system, which will only “hurt veterans and create more suicides”.

Commenting on the New Orleans march, he said he was glad it took place. However, he said he doesn’t see the emerging movement of veterans who are opposed to the military occupations. 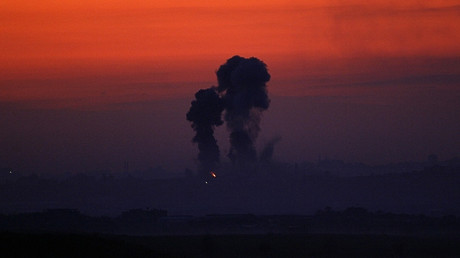 Yet, he thinks we have seen sparks of it: “We saw it in Standing Rock when thousands of veterans converged in North Dakota to try and protect native land from oil pipeline corporations. We’ve seen it over the years during the occupying of the Bush administration – Veterans For Peace, Iraq Veterans Against the War. So, there is a great potential there.”

In his opinion, the question is whether or not the veterans groups can get on the same page “with enough issues to create a real vibrant movement outside of major veterans organizations who are often beholding to very reactionary interests.”

Emanuele suggests that part of the problem of a disconnect between the veterans and the people who serve in the military is that the US has an all-volunteer military system instead of conscription. A military draft would be a solution, because that way everyone would “have skin in the game and you don’t have the same family and individuals sacrificing and giving years of their lives only to come home to a population where 99 percent of people have absolutely no clue about what is going on overseas.”

According to Emanuele, the latter is largely the result of the US corporate media shielding Americans from what is happening abroad.

“And not only what [the US] is doing to veterans but also the millions of innocent people we’ve killed abroad during the course of this 9/11 wars,” he stated.

He pointed out that the US media has learned lessons from the Vietnam War with one of those lessons being not showing the war on TV. “Because if you show the war on TV too often, enough Americans are going to get upset to actually get up, do something and make a difference,” he continued.

‘Death in combat for no reason’

Asked about the reasons why the US veterans are killing themselves, Emanuele said that primarily this happens when veterans come home and realize “that the people they have killed abroad and their friends who have died in a combat zone, were killed for absolutely no reason, but in fact, for the profits of oil corporations, geopolitical interests.”

He thinks that moral injury is the real problem here: “instead of being seen through the scope of PTSD, it should be seen through the scope of ethics and morality… It is not that the dead bodies, or the limbs, or the burnt corpses [that] are the most horrific part, …what causes the most stress and depression is realizing that all of that was for nothing…And instead of actually being for nothing – that was [so] a few rich and powerful people in the US government and corporations could extend their power further into the Middle East.”

Emanuele concludes that the best way to stop US veteran suicides is to stop the US government from “starting wars, from bombing, from killing people, from sending troops all over the world.”