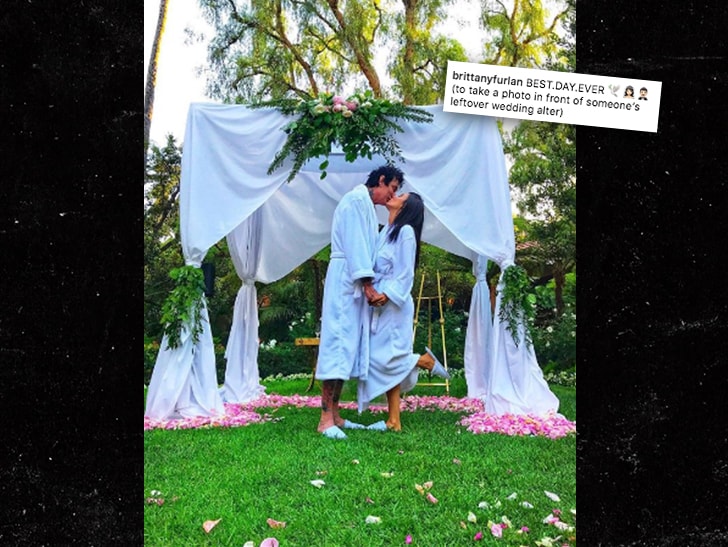 Pictures can sure be deceiving, and the best evidence of that this weekend is a photo Tommy Lee’s fiancee posted which seemed to show they tied the knot.

Brittany Furlan posted the pic Sunday.  It looks like they’re getting married in their bathrobes!  Turns out they were smooching in front of someone else’s wedding alter.

It looked real for sure, but Brittany now says they were just messing around.

The pic was shot at the Beverly Hills Hotel on Saturday.

It’s only a matter of time until Tommy says “I do” for the third time.  He and Brittany got engaged on Valentine’s Day.