Breaking News As the U.S. grapples with the coronavirus outbreak, Arkansas had another natural disaster thrown onto its plate this… 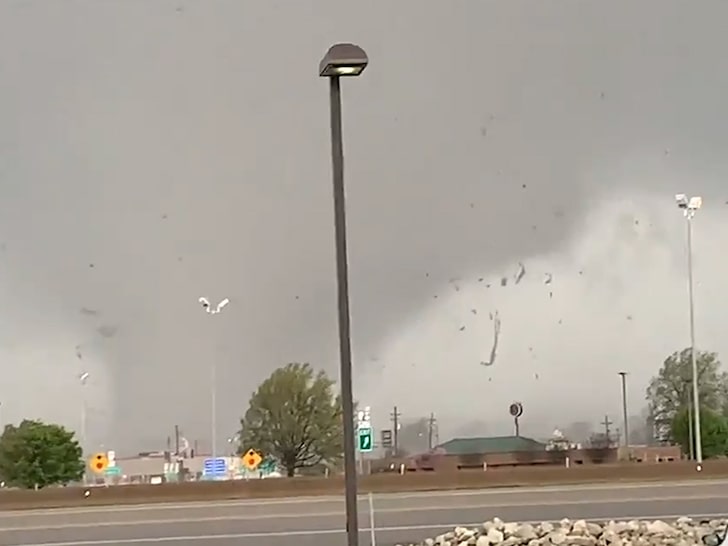 As the U.S. grapples with the coronavirus outbreak, Arkansas had another natural disaster thrown onto its plate this weekend … a massive tornado ripping through one of its towns.

A tornado warning was issued Saturday near Jonesboro, AR — about 2 hours outside of Little Rock — and not too long after that … a giant twister touched down on the city and tore through a section of it — which was caught on video as drivers casually cruised by.

Buildings destroyed and vehicles overturned as tornado rips through #Jonesboro, Arkansas; no immediate word on injuries

Different angles of the shots that are online right now show just how damn big this thing got — it looks like it’s straight out of the ‘Wizard of Oz’ or something … that’s how big it appears from afar. You can even see several different items swirling in the air, almost in slow motion. It’s just like the movies — only it’s real. Yeah, Dorothy wouldn’t have fared well here.

In all seriousness though, it’s a scary sight — especially seeing how low to the ground (all the way, just about) it got and how freakin’ close people were to it. Some folks say it was a mere 100 yards away at one point.

Makes you think the tornado might’ve formed in only a matter of minutes for people to be caught so nearby — nobody in their right mind would be anywhere near this if they had ample warning.

While there are no immediate reports of deaths at the moment — thank God — there was lots of destroyed property to go around. Some buildings were destroyed, cars were flipped over, and tons of debris was tossed every which way. The streets were lined with rubble after the tornado subsided. Fortunately, it doesn’t appear to have ruined a majority of the town.

SnapMaps can tell you a lot – this is a LOT, damage from Jonesboro tornado that moved through about 30 minutes ago. #arwx ⁦ pic.twitter.com/6MhaDCfHc4

Still, pretty s****y that the good people of Arkansas now have to clean up this mess while trying to get a handle on their own COVID-19 cases. Almost biblical if you think about it.

Did someone say … end of times?