Boris Johnson’s Conservatives rode to a landslide victory on the promise to ‘Get Brexit done.’ But the jubilant PM may… 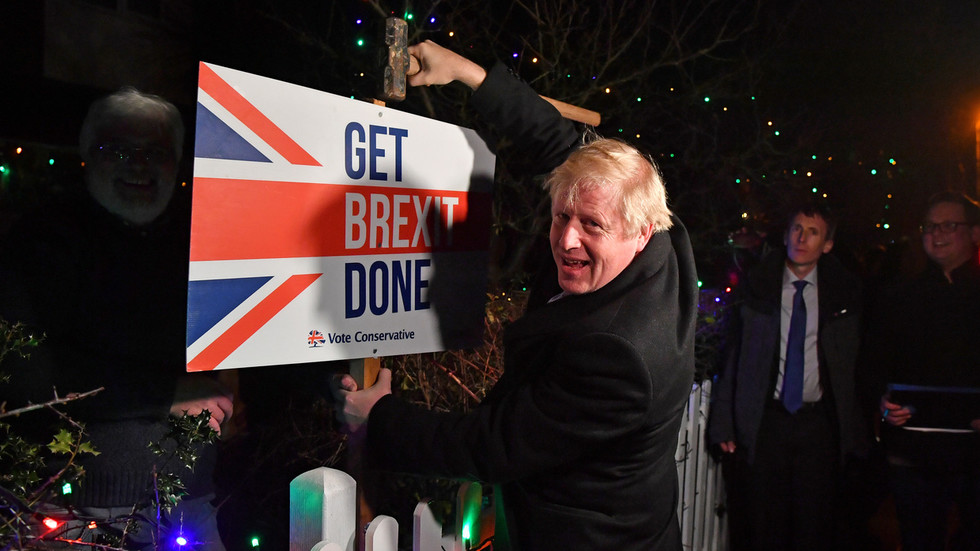 Boris Johnson’s Conservatives rode to a landslide victory on the promise to ‘Get Brexit done.’ But the jubilant PM may face an uphill battle to secure the trade deals he promised British voters.

PM Johnson will struggle to complete a trade deal with the EU by the end of the transition period – December 2020, Professor John Ryan, a senior partner at the organization Brexit Partners told RT.

That [UK-EU trade deal] is not possible because it is too short of time.

Furthermore, Ryan claims that any aspirations of striking a number of big trade deals with the likes of Japan, China and the US is “fanciful.” He argues that those countries will wait and see what is happening between the UK and the EU before laying their cards on the table, suggesting that any quick deals may not be secured so easily.

Ryan believes the UK could be about to experience “years” of upset around Brexit-related matters.

However, Barrister Rebecca Butler disagrees with Ryan’s assessment, telling RT that there aren’t “major hurdles to an EU trade deal.” She hopes the huge majority Johnson has garnered at the general election will end the negative and “pessimistic outlook” for a post-Brexit Britain.

We do have a trade deficit so a lot of countries will be wanting to trade with us.

The Conservative Party scored a decisive win in the UK general election, securing 44 percent of the vote (364 seats) with Jeremy Corbyn’s Labour having a hugely disappointing night, finishing on 32 percent (203 seats).

Also on rt.com Labour’s failure to realise this was a 2nd Brexit referendum hands Britain to Boris

At his victory speech after winning in his constituency of Uxbridge and South Ruislip PM Johnson said: “We must understand now what an earthquake we have created, the way in which we have changed the political map in this country.”