As trade tensions threaten to boil over between the two nations, US President Donald Trump insists his Chinese counterpart Xi… 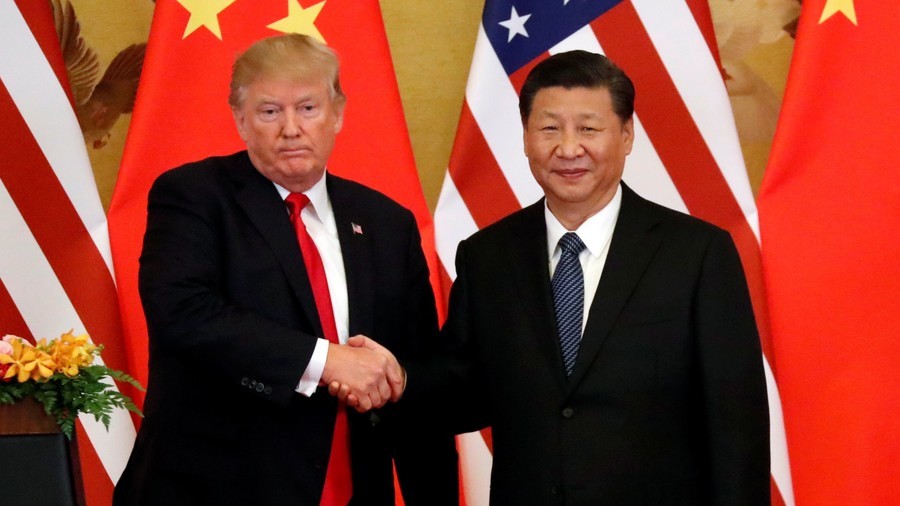 As trade tensions threaten to boil over between the two nations, US President Donald Trump insists his Chinese counterpart Xi Jinping will scrap barriers to commerce “because it is the right thing to do.”

Washington is seeking to cut a deal with the Chinese government to eradicate a trade deficit and allow US products to enter the market in Asia more freely. The US president has also accused China of intellectual property theft, through practices that require US business to transfer technology information to Chinese companies.

We are not in a trade war with China, that war was lost many years ago by the foolish, or incompetent, people who represented the U.S. Now we have a Trade Deficit of $ 500 Billion a year, with Intellectual Property Theft of another $ 300 Billion. We cannot let this continue!

On Sunday, Trump spoke of his close friendship with the Chinese premier but added that trade barriers will come down. “China will take down its trade barriers because it is the right thing to do. Taxes will become reciprocal & a deal will be made on intellectual property. Great future for both countries,” he said.

President Xi and I will always be friends, no matter what happens with our dispute on trade. China will take down its Trade Barriers because it is the right thing to do. Taxes will become Reciprocal & a deal will be made on Intellectual Property. Great future for both countries!

It’s unclear why Trump appears confident of a positive result. However, any deal could see the US withdrawing from plans to hit Chinese imports worth $ 50 billion with tariffs. China has said it will impose similar trade barriers on products like soybeans, corn products and other agricultural items.

The United States Trade Representative, an agency responsible for developing US trade and investment policy, has identified 1,300 Chinese products that could be slapped with extra import tax.

“The proposed list of products is based on extensive interagency economic analysis and would target products that benefit from China’s industrial plans while minimizing the impact on the US economy. Sectors subject to the proposed tariffs include industries such as aerospace, information and communication technology, robotics, and machinery,” the USTR said.

The agency added: “After a detailed investigation, USTR found overwhelming evidence that China’s unreasonable actions are harming the US economy. In the light of such evidence, the appropriate response from China should be to change its behavior, as China’s government pledged to do many times.”