Donald Trump has lashed out at the mayor of London, Sadiq Khan, calling for his immediate removal in his usual… 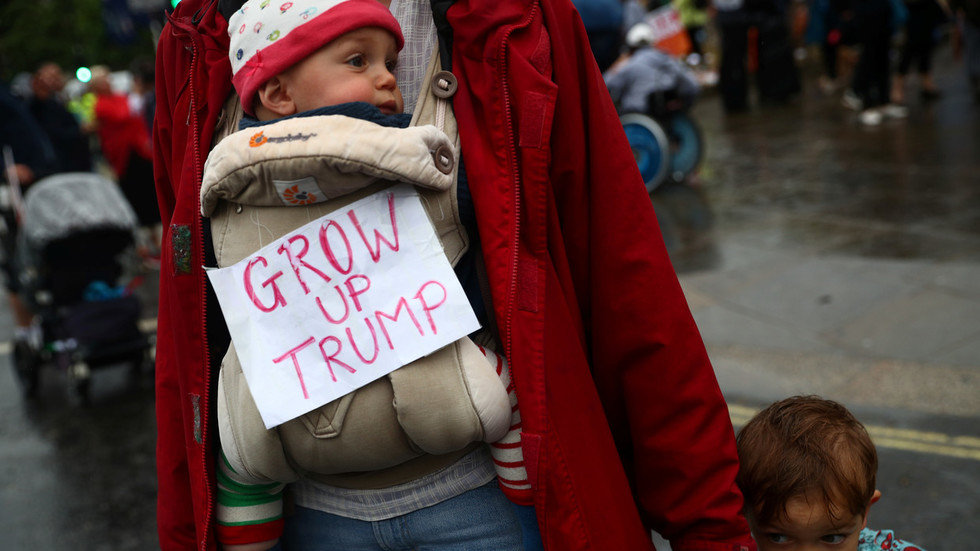 Donald Trump has lashed out at the mayor of London, Sadiq Khan, calling for his immediate removal in his usual undiplomatic manner, over the news that three people were stabbed and shot in separate attacks in the UK capital.

“LONDON needs a new mayor ASAP. Khan is a disaster – will only get worse!” the US president wrote on Saturday, retweeting English media personality Katie Hopkins’ tweet about the recent violence in London. The initial outburst against Khan was followed by another tweet a few hours later in which the president called the mayor of the British capital a “national disgrace.”

He is a national disgrace who is destroying the City of London!

Khan’s office, which by now must have become accustomed to these outbursts, immediately hit back, stating that the mayor “is not going to waste his time responding” as he remains busy supporting the “overstretched emergency services” following a spree of five attacks that left three men dead and three others injured in the space of 24 hours.

Trump’s tantrums attracted an even harsher reaction from Labour leader Jeremy Corbyn who called the attack on Khan “absolutely awful.”

“Absolutely awful to see @realDonaldTrump using the tragedy of people being murdered to attack the Mayor,” Corbyn tweeted. “@SadiqKhan is rightly supporting the police to do their job while Katie Hopkins spreads hateful and divisive rhetoric.

Absolutely awful to see @realDonaldTrump using the tragedy of people being murdered to attack the Mayor. @SadiqKhan is rightly supporting the police to do their job while Katie Hopkins spreads hateful and divisive rhetoric. They seek to divide at a time we need to come together. https://t.co/Se3fgWDXUZ

“They seek to divide at a time we need to come together,” he added, commenting on the original post by Hopkins, who called London a “Stab-City” and “Khan’s Londonistan.”

Also on rt.com ‘Trump is poster boy for far-right’: London Mayor Sadiq Khan hits back at US leader