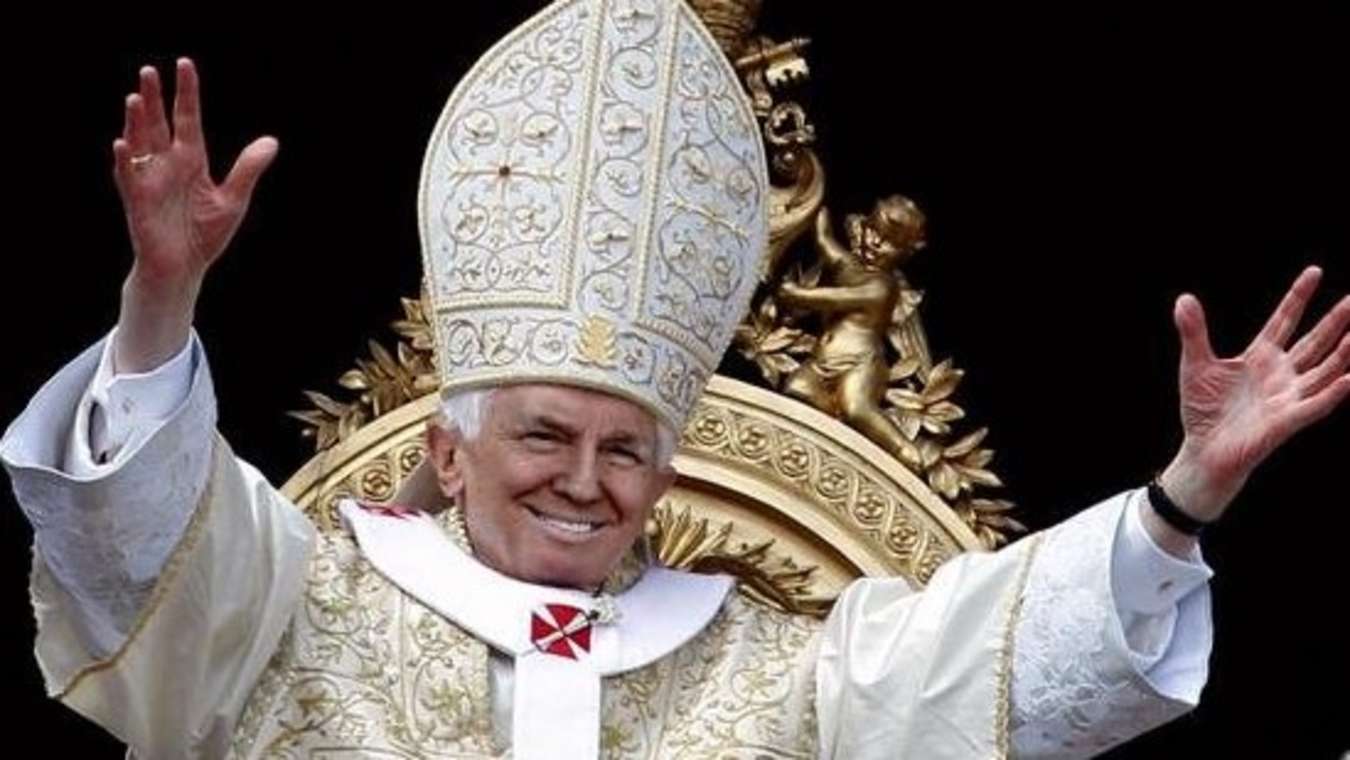 Having nothing better to do than sanction the Emperor Penguins of Antarctica for daring to imitate his walk, Trump switched on Netflix, opting for The Two Popes starring Popes Benedict and Francis.

Halfway through the film and stemming a series of yawns, Trump sprang up from the couch, eyes blazing in excitement, and hurriedly signed a blank sheet of WH Paper with his now familiar polygraph squiggle. “Type it up after my Tweet” he hollered to everyone in the room.

Trump grabbed his personal Huawei Y5 and promptly tweeted his new Executive Order. “My fellow Americans, Melania and Nancy, Rudi and Joe. I cannot be impeached as I’ve just signed a Papal Bill at the Mar-a-Lago Club Presidential Desk, resigning my thankless job of POTUS”.

The reaction was instantaneous. Democrats led victory parades in all major cities; Wall Street crashed, and the Queen smiled.

However, it was all short-lived as another tweet followed three hours later by the ex-POTUS.
“I am hereby promoting myself as President Of Planet Earth. That spells POPE. Is good. Very good. That other fellow at the Vatican will remain the has-been Pope unless there is cause for sanctions. Happy New Year 2020 for being a perfect Visionary! Do purdon the pan!”

The new POPE announced his Papal plans immediately. The plans included a list of countries and individuals that will be sanctioned in January of the 2020 Visionary Year.

Foremost amongst them is the United States of America for being state sponsors of counter-terrorism acts in Afghanistan, Syria, Venezuela, Mexico, Ukraine, Somalia, Stria, Iran, Iraq, Libya, Bolivia, Peru and Antarctica.

Also bracketed with the United States are Britain, Spain, Germany, France and Canada for selling arms for the war against Yemen, taxing giant US tech companies and preferring Russian gas to American hot air.

The President of Planet Earth has hinted that popes are divinely appointed for life, which will be a Good Thing for America, saving billions of dollars on an election circus slated for November 2020.