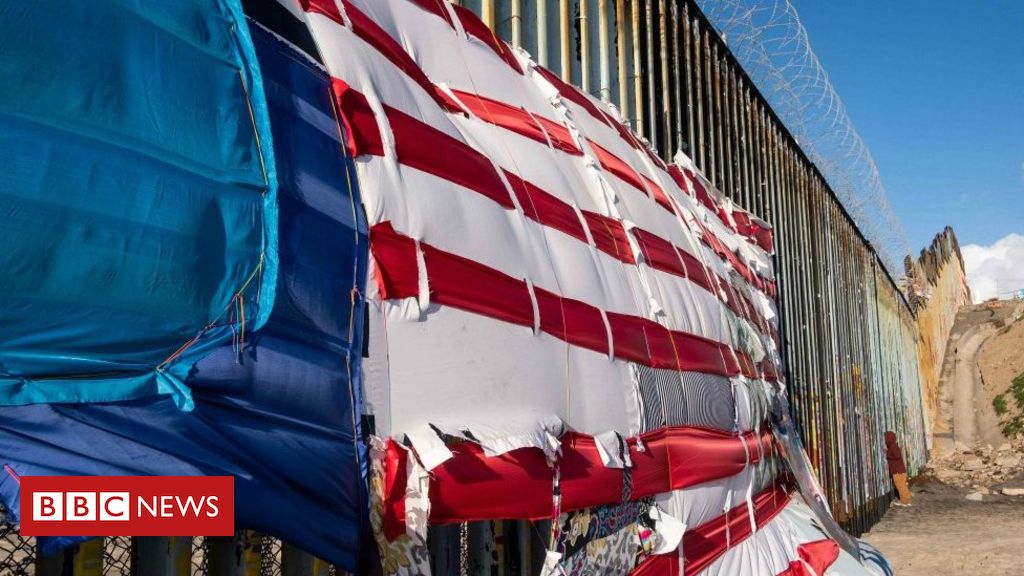 President Donald Trump’s declaration of an emergency on the US-Mexico border looks likely to be dealt a blow by dissident Republican senators.

Several members of the president’s own party are expected to rebel when the Senate votes on Thursday on a proposal to revoke his declaration.

The Democratic-controlled House of Representatives last month backed the measure.

Mr Trump warned he was ready to veto the resolution.

“They refuse to see or acknowledge the death, crime, drugs and human trafficking at our southern border,” he said.

The measure to terminate the emergency declaration is expected to pass the Republican-controlled Senate after five Republican members said they would support it.

Those senators are Susan Collins of Maine, Lisa Murkowski of Alaska, Thom Tillis of North Carolina, Mike Lee of Utah and Rand Paul of Kentucky.

However, Congress needs a two-thirds majority of both chambers to override a presidential veto, which is widely viewed as unlikely in this case.

Nevertheless, such a defeat would be another rebuke to the president – a day after the Senate approved a bill to end US support for the Saudi-led coalition in Yemen.

What is the background?

The Republican president declared the emergency on 15 February after Congress refused funding for a wall on the US-Mexico border, a key campaign pledge.

He insists the barrier is needed to combat illegal immigration on the southern border which he has described as a “crisis”.

The declaration would allow him to bypass Congress and build the wall using military funding.

What do critics say?

Democrats say the declaration is unconstitutional and that Mr Trump has manufactured the border emergency.

The resolution to revoke the declaration passed the House by a margin of 245-182. Thirteen Republicans sided with Democrats.

House Speaker Nancy Pelosi said at the time: “This isn’t about the border. This is about the constitution of the United States. This is not about politics. It’s not about partisanship. It’s about patriotism.”

Lawmakers are using a provision from the National Emergencies Act to overrule the president, but it requires both chambers to vote for it.

However, some Republicans have supported Mr Trump’s decision and accused Democrats of ignoring the emergency at the border.

Senate Majority Leader Mitch McConnell says the declaration is “the predictable and understandable consequences of Democrats’ decision to put partisan obstruction ahead of the national interest”.