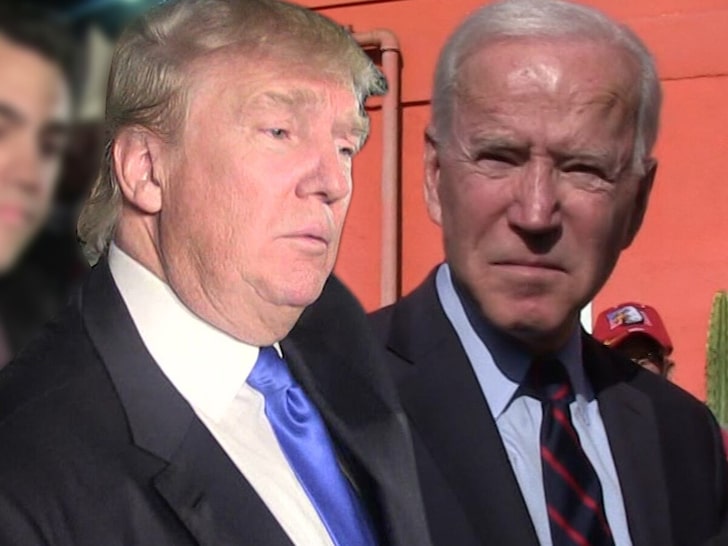 President Trump is finally cracking the door for President-elect Joe Biden‘s administration to begin the transition — but he’s still far from publicly admitting he lost the election.

DT’s double-talk came Monday when he announced he’d given the green light to the General Services Administration to bring Biden’s team into the fold. At the same time, he reaffirmed the fact he’s still fighting the election results.

The clear contradiction — Trump’s finally acknowledging the need for the next POTUS to start taking the reins … without admitting there will be a new POTUS. 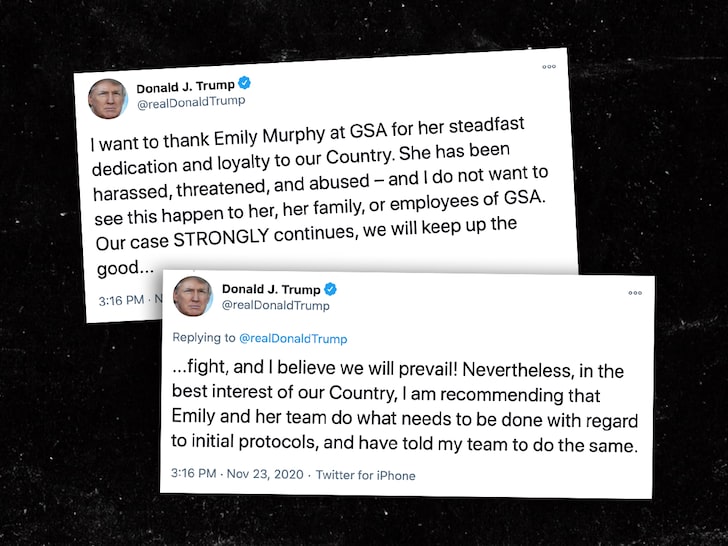 The Prez says he’s only relenting because GSA Administrator Emily Murphy is under heavy pressure. He claims, “She has been harassed, threatened, and abused – and I do not want to see this happen to her, her family, or employees of GSA.”

He added, “Our case STRONGLY continues, we will keep up the good… fight, and I believe we will prevail!”

Trump might be trying to hedge here, but according to the Biden-Harris transition team … there’s no question about it — they have been determined to be the winner of the election, and the fact they’ve been reached out to by GSA signals that. 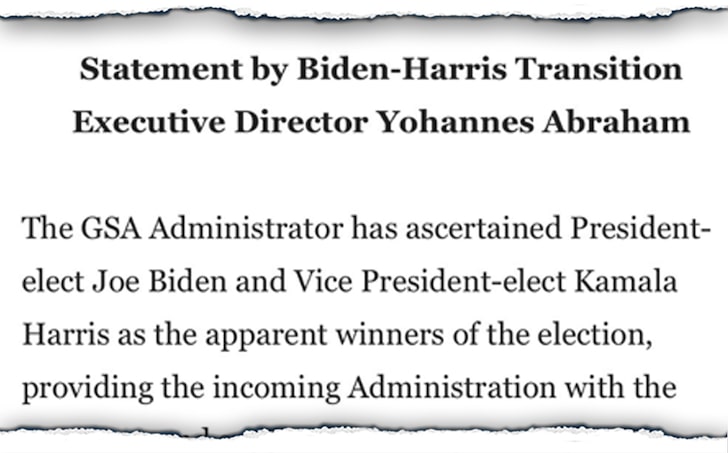 A rep for the transition team writes, “In the days ahead, transition officials will begin meeting with federal officials to discuss the pandemic response, have a full accounting of our national security interests, and gain complete understanding of the Trump administration’s efforts to hollow out government agencies.” Ouch!

Whether this is Trump conceding or not is now a moot point — he’ll probably never admit he lost, but he’s FINALLY doing the right thing.