A second whistleblower has come forward in the impeachment case against US President Donald Trump, according to lawyers representing the… 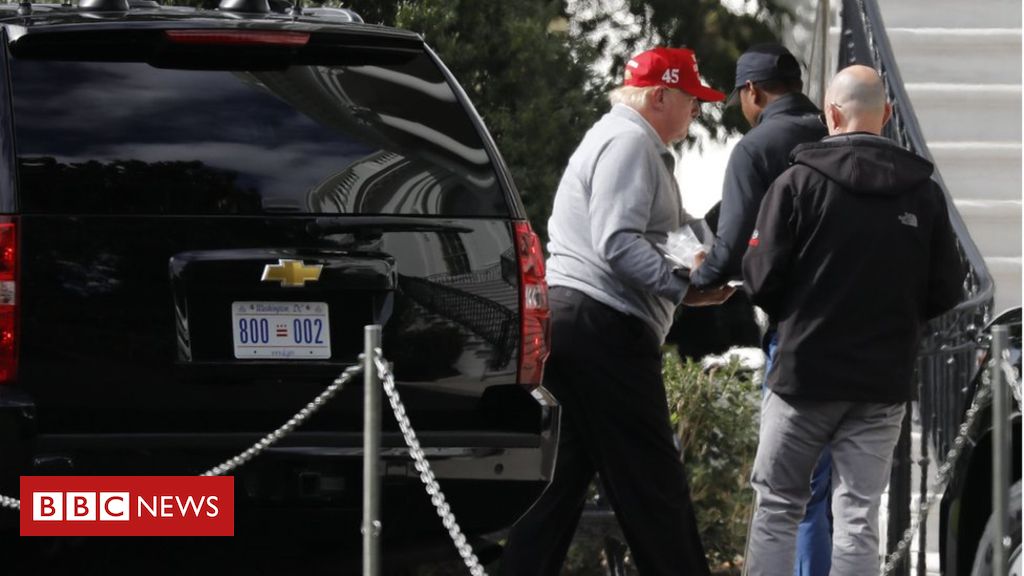 A second whistleblower has come forward in the impeachment case against US President Donald Trump, according to lawyers representing the first one.

Mark Zaid told ABC News the second person was also an intelligence official and they had spoken to the inspector general.

The White House has not commented. President Trump has repeatedly rejected the original complaint.

No details have been released about the second whistleblower’s claims.

However, Mr Zaid said the person had first-hand knowledge of allegations associated with the phone call Mr Trump made with Ukrainian President Volodymyr Zelensky on 25 July.

The impeachment inquiry stems from the call, which was flagged up by the initial whistleblower in August.

On Friday, the New York Times reported that a second person was considering coming forward who had “more direct information” about the events surrounding the call.

It is not yet known if this is the person represented by Mr Zaid.

Mr Trump’s personal lawyer Rudy Giuliani tweeted that he was not surprised there was another “secret source”, calling the inquiry politically motivated and lashing out at the “swamp media”.

What difference could a second report make?

The Democrat-led investigating committee is eager to speak to someone who witnessed the call directly or has more information.

They are hopeful that this could be that person.

The White House insists it has been open and released a transcript of the call, after the concerns came to light.

However, investigators point out that this was only a partial transcript. They have subpoenaed the State Department for more documents related to the call.

Why is Mr Trump being investigated?

A whistleblower alleges he used “the power of his office to solicit interference from a foreign country in the US 2020 election”, by asking Ukraine to investigate his leading rival, Joe Biden.

If this is what he’s proven to have done, then yes: it’s illegal to ask foreign entities for help winning a US election. Mr Trump says it’s a witch-hunt and he did nothing wrong.

What could happen next?

If the Democrat-controlled House of Representatives voted to impeach Mr Trump, there’d be a trial in the Senate.

Could he be removed?

A Senate vote needs a two-thirds majority to convict, but Mr Trump’s Republican party controls the Senate so that’s unlikely. And the Mueller inquiry made clear you can’t charge a sitting president with a crime.