London Mayor Sadiq Khan has continued his war of words with US President Donald Trump, branding him the “poster boy… 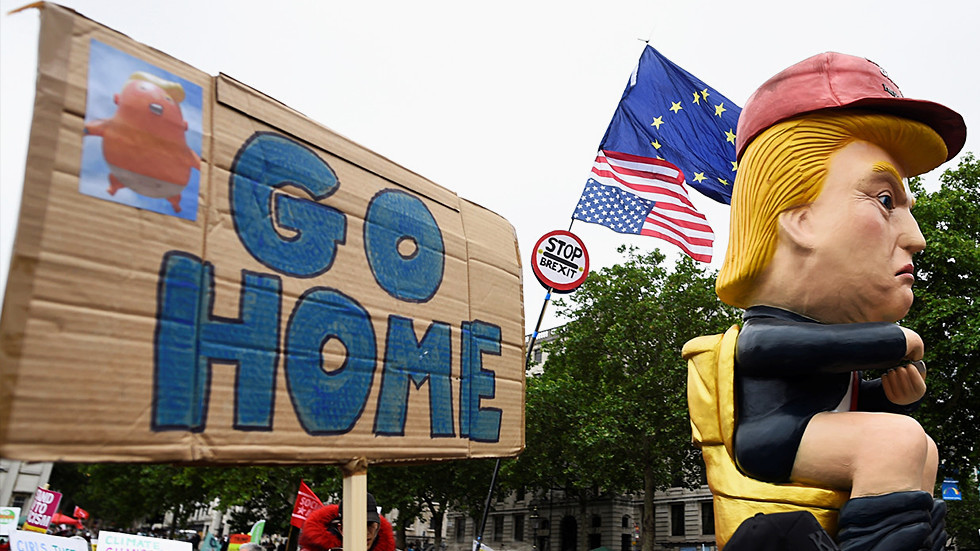 London Mayor Sadiq Khan has continued his war of words with US President Donald Trump, branding him the “poster boy for the far-right,” and claiming the UK will come to regret giving him the honor of a state visit.

In the latest spat between London’s mayor and the US president, Khan told Sky News that Trump calling him a “stone cold loser” was playground antics. He accused Trump of “amplifying” racists from the UK and normalizing the views of white nationalists around the globe.

You do realize that you [Trump] are a poster boy for the far-right movement around the world from Hungary to Italy to France to the UK.

It comes after the US president found time to deliver some unsavory words for Khan, minutes before landing at London’s Stansted airport on Monday morning, including taking a pop at his height.

Although the feud between the two goes years back, Khan infuriated Trump in the days leading up to his arrival, likening his behavior to that of a “20th-century fascist.”

The feud began in 2016 when Trump was still a presidential candidate. Back then, Khan called Trump’s views on Islam “ignorant.” In response, Trump challenged the London mayor to an IQ test.

Last year, the US president also criticized Khan for doing “a very bad job on terrorism.” Trump claimed the mayor’s handling of the 2017 London Bridge terror attack was “pathetic.”