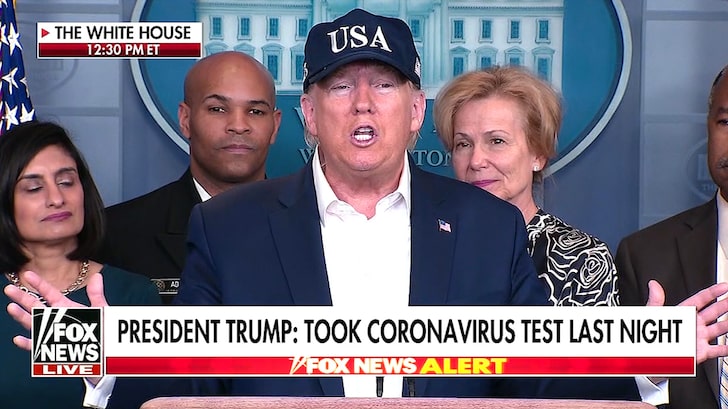 4:29 PM PT — President Trump has tested negative for coronavirus, according to the White House doctor.

In a letter released to the media Sunday — just hours after DT said he’d gotten the test and was awaiting results — the doc says … “Last night after an in-depth discussion with the President regarding COVID-19 testing, he elected to proceed.”

They continue, “This evening I received confirmation that the test if negative. One week after having dinner with the Brazilian delegation in Mar-a-Lago, the President remain symptom-free.” So, in other words … POTUS is in the clear. Phew …

10:59 AM PT — Not too long after the President spoke to the media in the Press Room, Veep Mike Pence introduced Dr. Ben Carson to talk about the effects the coronavirus is having in his world — Housing and Urban Development — and things immediately went south. 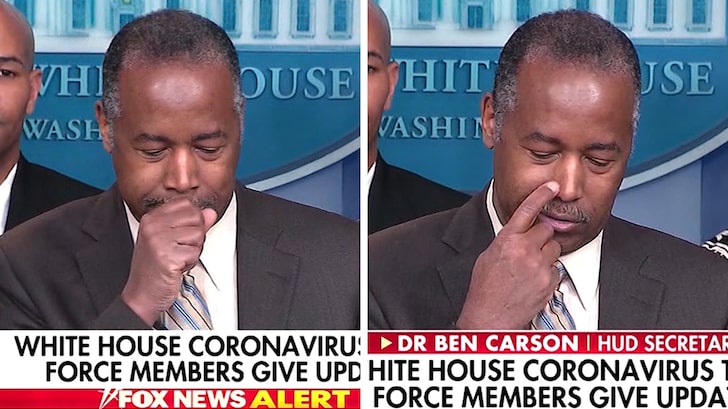 BC coughed into his hand, touched the podium … and no more than 5 seconds later, reached up and scratched his face — all things Trump’s administration and scientists at large are telling people NOT to do at all costs. Apparently, old Ben here didn’t get the memo.

Donald Trump finally, if not belatedly, took a coronavirus test … but he can’t shake the habit of shaking hands.

Trump took the podium Saturday in the White House Press Room and announced he took the test Friday night. Thing is … he says he took it NOT to find out if he has the virus but because the media has been on his butt to take the test. He says the results should come in soon — a couple days — but he took his temperature today and he’s not running a fever.

A reporter asked him about sending “mixed messages” by still shaking hands — something he did a lot Friday at a Rose Garden news conference. It’s a little hard to follow, because on the one hand he says he never liked shaking hands and resisted it, and on the other hand he says it’s a hard habit to break.

As for taking the test, 3 people who were at the same function as Trump a week or so ago have tested positive for the virus.