The large majority of Russians says they prefer to get domestic and international news from television broadcasts, but only half…

The large majority of Russians says they prefer to get domestic and international news from television broadcasts, but only half see television as their most trusted news source.

A poll conducted by independent public opinion research center Levada in late March this year showed that 85 percent of the Russian population used television as their primary source of news, down from 89 percent in March 2016 and 90 percent in March 2014. 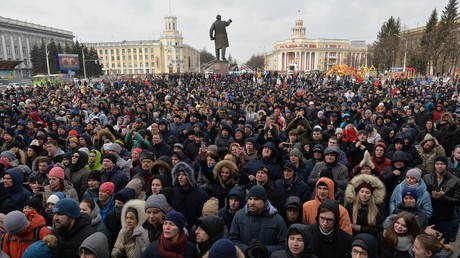 As for news on internet sites, 10 percent of Russians said they read them every day, while 23 percent do this almost every day and 19 percent do so once a week.

When answering the question about their attitude to social networks and information distributed through them, 70 percent of Russians agreed that social networks can be a source of important news, but even more people – 72 percent – said they use them to relax and reduce the impact of everyday stress. Thirty percent of respondents called browsing of social networks a “completely useless pastime.”

A different poll conducted by the Public Opinion Foundation in early 2016 showed that back then 48 percent of Russians found online news sources credible. Seventeen percent said they did not trust them and 20 percent of internet users said they did not use the web to get the news.

When asked which source of information they would trust more in the event of conflicting reports, the results were almost even: 32 percent said they found television more credible and 30 percent said the same about news websites.