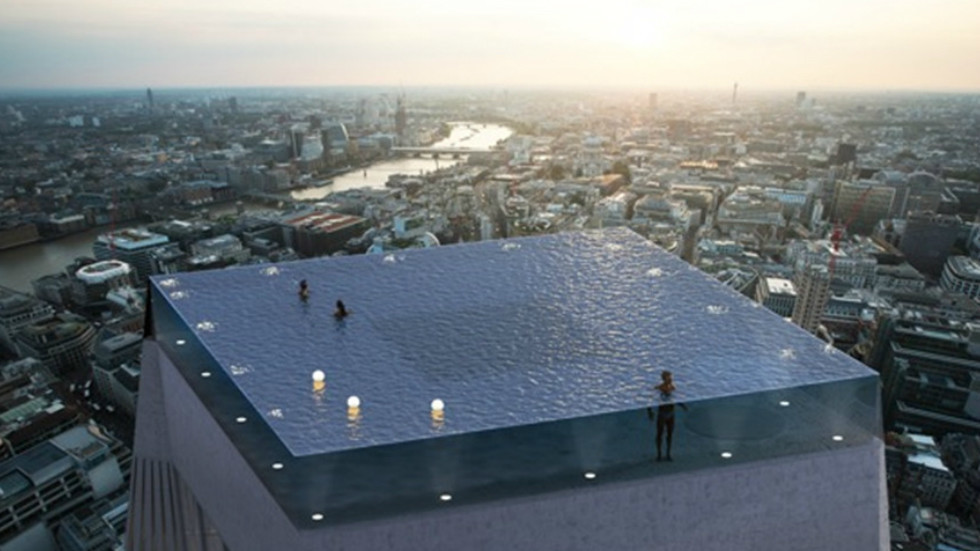 A swimming pool manufacturer has unveiled plans to build “the world’s first rooftop 360-degree infinity pool” in London and people have a lot of questions.

Compass Pools wants to build the 600,000-litre pool on top of a 55-storey building in the UK capital. In an attempt to drum up some publicity it released some flashy CGI images of its mooted design. Unfortunately the pictures have created a tsunami of negative feedback on Twitter where people weren’t afraid to let their feelings be known.

“I don’t know why this enrages me but it does,” comedian Megan McKay raged. “How do you get in? how do you get out? If the water level gets too high does it just roll down the building like a giant goddamn ice cream cone? There’s no shade and no slide. This is flexing for the sake of flexing. Worst pool ever.”

Indeed in promotional material the pool’s designer, Alex Kensley, explained that a ladder wouldn’t suffice because they didn’t want to spoil the view, “and obviously you don’t want 600,000 litres of water draining through the building either,” he added.

What they settled on is “based on the door of a submarine, coupled with a rotating spiral staircase”. The staircase emerges from the pool floor when someone wants to get in or out in a design feature that sounds like it came straight out of a 1970s Bond film.

At least Compass can comfort itself with the knowledge that its promotion drive raised awareness about the venture. All publicity is good publicity.