Boris Johnson’s election on December 12 hinges on the British prime minister’s promise to leave the European Union. Johnson has remade the Conservative… 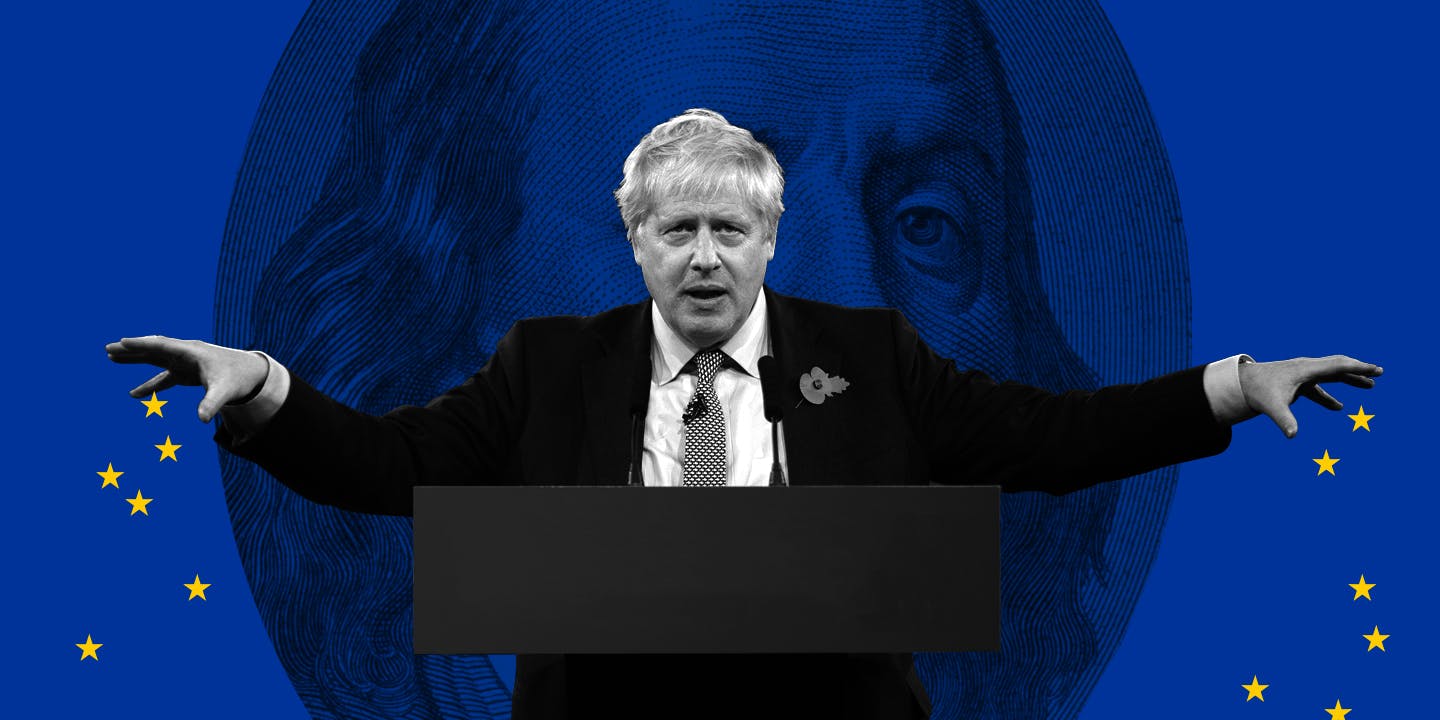 Boris Johnson’s election on December 12 hinges on the British prime minister’s promise to leave the European Union. Johnson has remade the Conservative Party, pushing out longtime party members wary of a firm break from the EU, to cast the election as a chance to build a parliamentary majority focused on finalizing Brexit.

The original Brexit referendum that passed in June 2016 pitted populists against the establishment, with banks funneling huge amounts of money to oppose the referendum, which was cast as a measure to return taxes and power to local British citizens, while restoring the sovereignty of the U.K.’s borders against what was cast as unfair trade and uncontrolled migration.

But the politics of the deal have shifted over time, with hard-liners gaining power within Tory leadership and demanding a radical break from the EU. Corporate lobbyists now see an opportunity to use Johnson’s proposed swift exit from the EU as a way to forge bilateral trade deals, including one between the U.S. and the U.K, that would outsource local authority to rules set by an array of international business interests. A wide range of industries are primed to take advantage of the deal to evade EU consumer safeguards and drug pricing rules. Representatives from American pork to Silicon Valley and everything in between are trying to influence the negotiations.

Departing the EU could mean that British consumers would no longer be protected by broad EU-wide regulations on chemicals, food, and cosmetics, among other products. Several international corporate groups have pushed to ensure that in the event of Brexit, such safeguards are abandoned in exchange for a regulatory standard that conforms to the norms of the U.S.

Consultants working directly on the Brexit deal in London and in Washington, D.C., have asked to limit the ability of British regulators to set the price for pharmaceutical drugs, lift safety restrictions on pesticides and agricultural products, and constrain the ability for the U.K. to enact its own data privacy laws.

In January, a lengthy hearing hosted by trade officials from both countries provided a forum in D.C. for industry to lay out its agenda on what should happen after Brexit. Before the hearing, two major industry groups sent letters outlining their agendas for the Brexit negotiations in 2019.

The Pharmaceutical Research and Manufacturers of America, the lobby group that represents the largest drugmakers in the world, insisted that any U.S.-U.K. deal “must recognize that prices of medicines should be based on a variety of value criteria.” PhRMA called for changes in the way the U.K.’s National Health Service sets price controls through comparative effectiveness research, an effort to control the costs of drugs using clinical research.

The Biotechnology Innovation Organization, a lobby group for the biopharmaceutical industry, made similar demands in a letter to trade officials for the U.K., calling to do more in “shouldering a fair share of the costs of innovation.” BIO suggests that in order to ensure fair treatment for drugmakers, companies should have the right to petition an “independent body” to overrule decisions made by the NHS.

At the hearing, Craig Thorn, a lobbyist representing the U.S.’s National Pork Producers Council, told the Trump administration that the proposed U.S.-U.K. deal present a “historic opportunity,” citing his client’s desire to continue trade with the U.K. by evading EU restrictions on certain feed additives and antibiotics used widely on American pork. Similarly, Floyd Gaibler, a representative of the U.S. Grains Council, said that the deal provides a window for American agriculture to avoid the EU restrictions on pesticides that have been or will soon be banned.

Silicon Valley, similarly, views Brexit as a chance to bypass EU-wide limits on data collection, or even new U.K.-based rules. Several technology lobbyists have pushed to provide trade provisions between the U.S. and U.K. that outlaw so-called data localization requirements. Some regulators have looked at the need for technology firms to store consumer data in local servers, to ensure that it is not resold or abused in any way.

Other corporate demands by U.S.-based groups are spelled out in a series of requests and testimony made by lobbyists before the Office of the U.S. Trade Representative, the federal agency entrusted with negotiating trade deals. Federal lobbying disclosures show a number of interests, including Cargill, IBM, Koch Industries, the Motion Picture Association of America, the Ohio Corn and Wheat Growers Association, Ford Motor Company, the National Association of Manufacturers, and Salesforce, have lobbied on the potential U.K. deal in recent months.

It’s not just U.S.-based interest groups seeking to retool corporate standards through a hard Brexit. The Institute of Economic Affairs, a major conservative think tank in London, has met repeatedly with Conservative Party leaders and American trade officials to shape a new U.S.-U.K. trade deal that mirrors the demands of industry groups.

Peter Allgeier, a former U.S. trade official, testifying on behalf of the Institute of Economic Affairs at the hearing earlier this year, called for rules that relax regulatory standards and bring the U.K. in line with an American approach to business. “In areas such as food safety and automobile standards, rigid prescriptive EU standards have stifled innovation and impeded U.S. exports,” said Allgeier.

Allgeier has worked closely with Shanker Singham, a consultant known as the “Brexiteers’ Brain” for his expansive influence over Tory trade strategy and Johnson’s approach to Brexit. Singham holds a position with the Institute of Economic Affairs as the organization’s director for trade policy.

The two men are also consultants to business interests while they help guide the direction of Brexit. In an email to The Intercept, Allgeier said that his “list of clients is proprietary information.” Singham, who did not respond to a request for comment, works with the European lobbying firm Grayling, which represents pharmaceutical firms such as AbbVie, Bayer, and Johnson & Johnson, according to EU disclosures.

The potential for a Brexit deal to serve as a corporate Trojan horse became a campaign issue last month when Labour Leader Jeremy Corbyn highlighted documents detailing ongoing negotiations between representatives from the U.K.’s Department for International Trade, trade officials from the Trump administration, and industry, discussing the ongoing U.S.-U.K. trade agreement. “We are talking here about secret talks for a deal with Donald Trump after Brexit,” Corbyn declared, citing the potential for higher drug costs and privatization of the NHS.

Dean Baker, a senior economist with the Center for Economic and Policy Research, noted in an email to The Intercept that such regulatory demands by industry are “always part of trade deals.” Baker said that U.S. trade to the U.K. is relatively trivial, at around 2.5 percent of GDP, making incentives for rushing a trade agreement relatively small.

“On the other hand,” Baker wrote, “paying higher prices for drugs and being unable to regulate the Internet is likely to impose very substantial costs.”

“A government weighing these factors carefully would almost certainly refuse a deal, but a Johnson government that made Brexit front and center is likely to feel strong political pressure to have a deal with the hope few people will pay much attention to the content,” Baker noted. “Johnson could tout the deal as a big success. People would only see the negative effects years down the road.”

This Christmas, Over Half a Million Americans Will Struggle with Homelessness